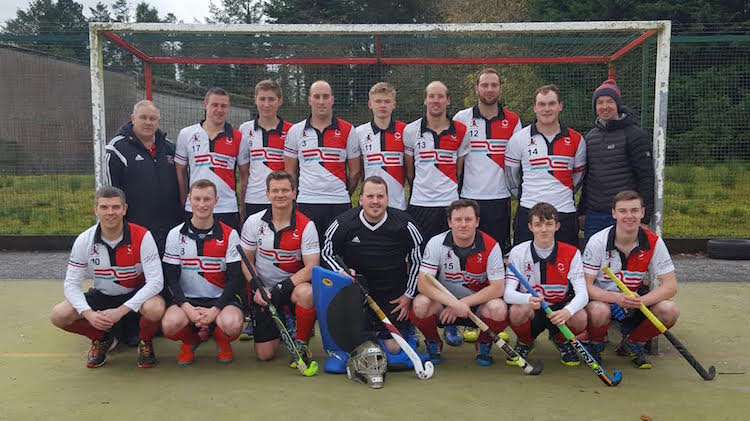 Hockey – Away defeat for Raphoe in Portadown

Raphoe travelled this weekend to Edenvilla Park to take on a well drilled Portadown team and the Donegal side fell to defeat.

After last week’s home defeat to Civil Service, Raphoe looked to bounce back and they did just that after they took the lead after a good start to the match through Tommy Orr.

Keith Meehan stole the ball on the half way line and ran at the Portadown defence and played a good ball to James Wilson who played a simple square ball to Orr who calmly slotted a chip shot over a diving keeper.

Portadown got back into the match from open play as they worked the ball well down the left hand side to find a striker free in the D to slot home into the bottom right hand corner of Raphoes goal.

Raphoe had chances to draw level in this match through Keith Meehan who should of hit the target with his shot after some great individual play. The half ended 2-1 when a goal mouth scramble saw Portadown take the lead.

The second half started as the first half ended with Portadown having most of the possession but Raphoe defence staying strong thanks to a few fine tackles from the Raphoe Captain Simon Gouide, stopping the Portadown attack in their tracks.

Portadown took a two-goal lead when a well worked short corner came of Keith Meehan’s face mask on the line earning Port a stroke which the captain slotted home past Davy Moore in the Raphoe net.

Raphoe battled to get back into the match and won their own short corners but were unable to make them count.

Portadown wrapped up the scoring from a short corner which the Captain again put in the Raphoe goal.

Raphoe battled well in this match and it could have been a different score line if they took the chances that came their way.

Raphoe are away to Newry next weekend in the Irish hockey trophy looking to progress into the next round.

Hockey – Away defeat for Raphoe in Portadown was last modified: February 11th, 2018 by Chris McNulty