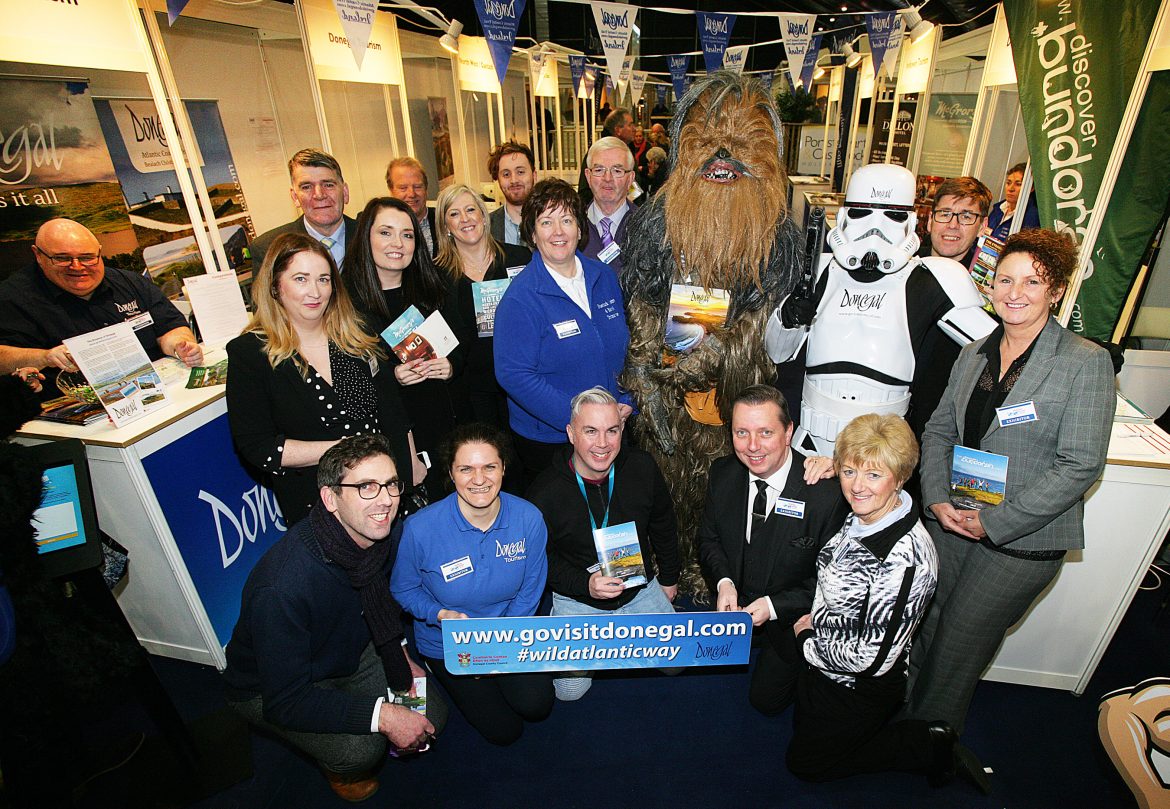 Donegal’s wealth of tourist destinations has been brought to the attention of the thousands of people who visited the annual Holiday World Shows in Belfast and Dublin in recent weeks.

Stormtroopers, Darth Vader and a life-sized Chewbacca were all guests at the Donegal showcase to highlight the popularity of the Star Wars theme for the county. 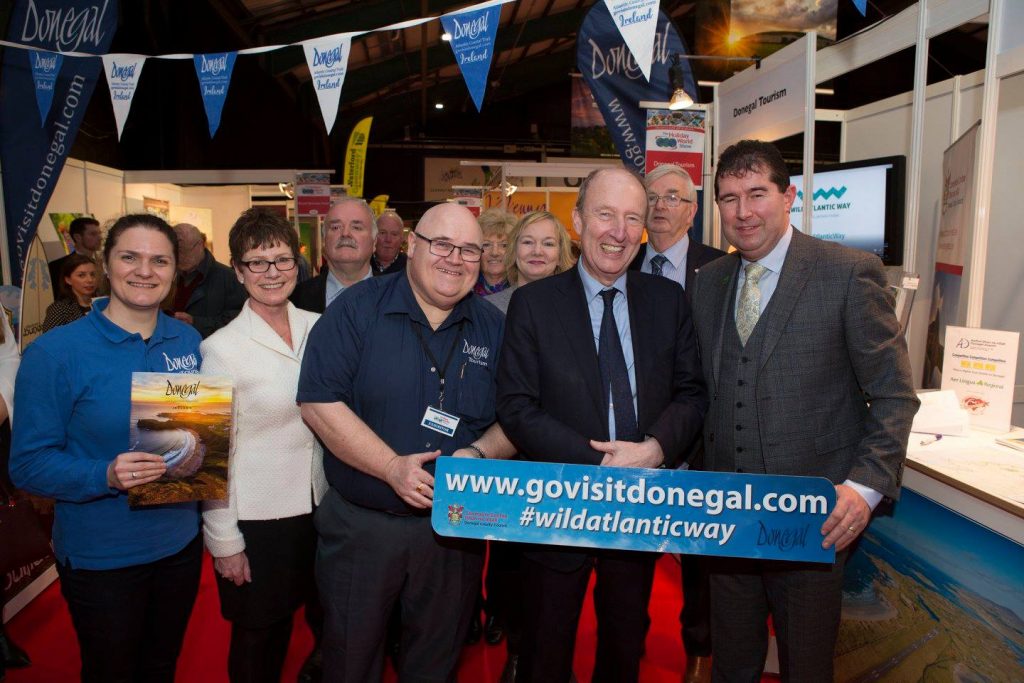 This year’s marketing was largely focused on the Star Wars theme promoting the film location at Malin Head which certainly peaked the interest of attendees at the event and attracted large numbers to the stand. 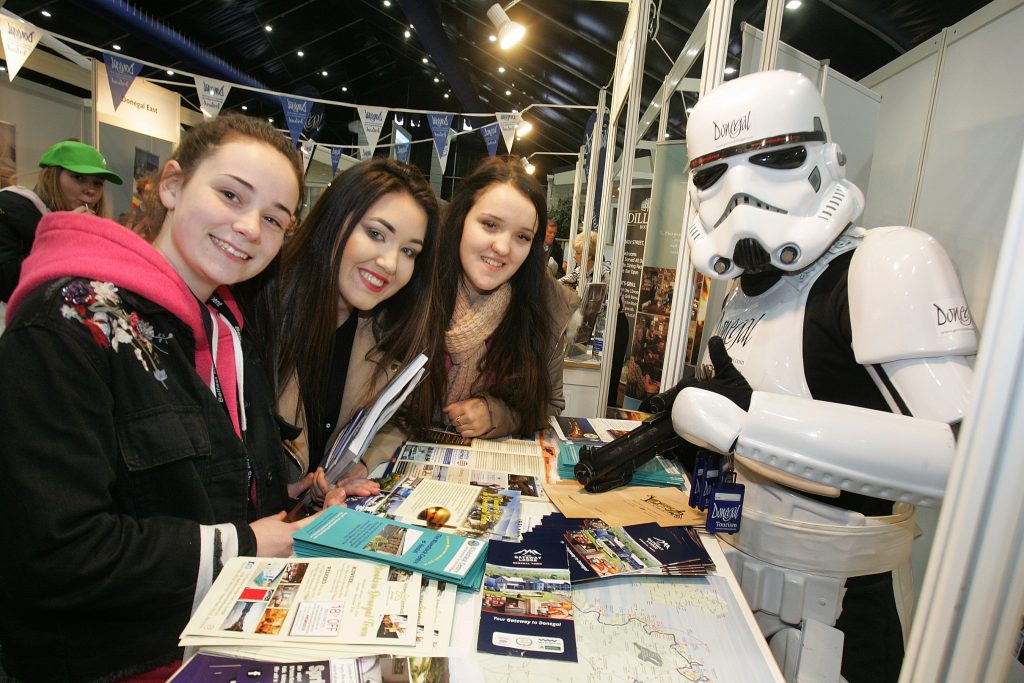 Olivia Henderson, Katie Morrison and Caoimhe Wilkinson are given some gentle encouragement to go to Donegal. 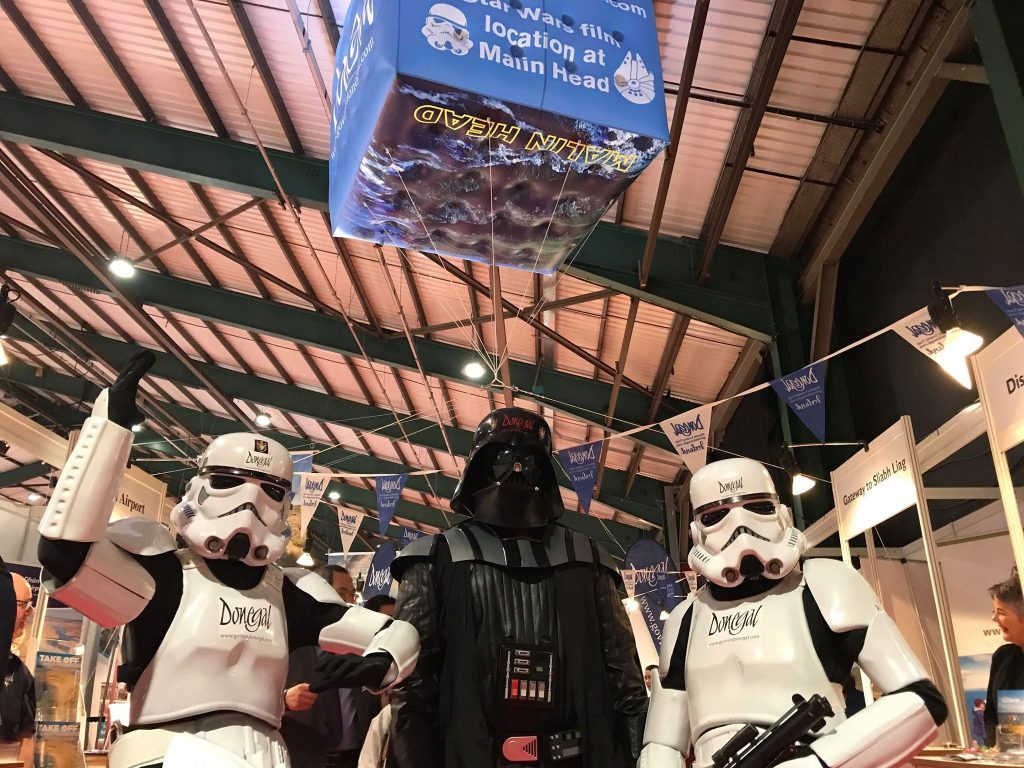 Star Wars Characters at the Donegal stand in RDS, Dublin. 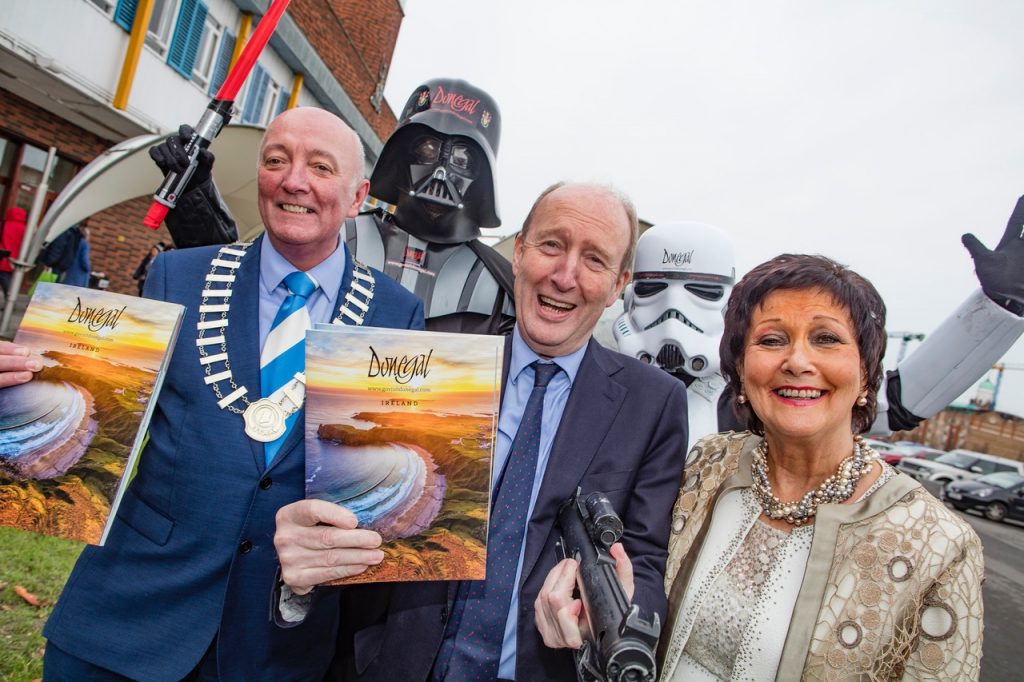 Donegal got some fantastic media coverage across national papers from the official Show Opening in Dublin attended by the Minister of Tourism – Mr. Shane Ross, TD who also visited the Donegal stand.

Speaking after the event, Barney Mc Laughlin – Head of Tourism Unit, Donegal County Council said ‘Donegal, once again, working collaboratively was able to promote the County in a comprehensive and professional manner in both Belfast and Dublin. All the regions of the County were represented by tourism providers from their own individual areas which resulted in good one-to-one contact with potential customers’.

Donegal Tourism CLG would like to extend gratitude to all of the businesses who donated prizes. These competitions have provided an extensive database of consumer contacts.