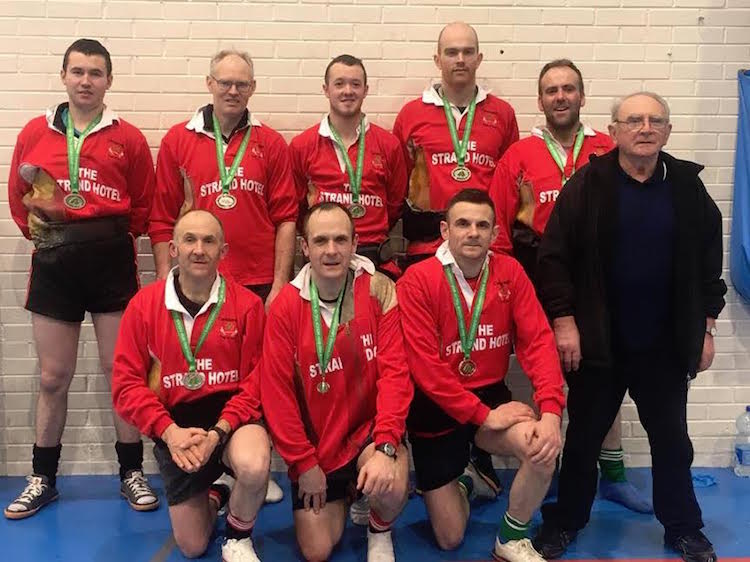 Success for Carndonagh Tug of War team in Enniskillen

The British and Irish Tug Of War Indoor Championships 2018 took place in Enniskillen at the weekend and Carndonagh Tug-of-War club had a very successful competition.

Two of the club members were selected to pull for Ireland on Saturday in the 680kg – Cathal McLaughlin & Jonathan Porter.

Another local club Clonmany was also represented with Daniel Doherty (R) on the team and Carn coaches Gerald Porter & Joe Porter were coaches for the Ireland team.