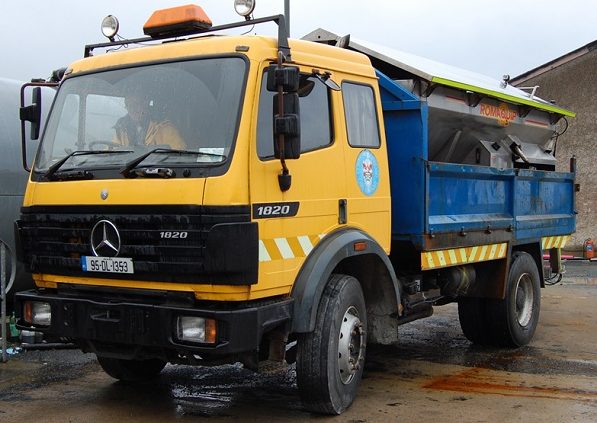 Gritters to be sent out as frost forecast

The regional forecast suggests that temperatures will dip to between 1 and 3 degrees with a risk of frost and icy patches. Fresh southerly winds will ease and veer southwest tonight, with scattered showers following later in the night. 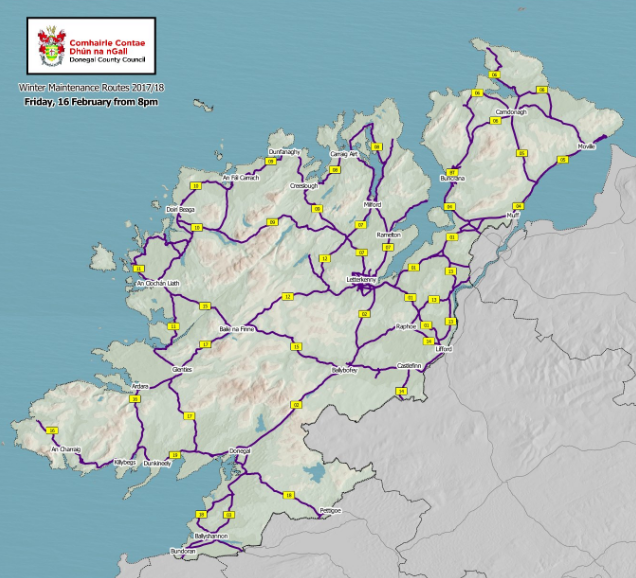 Tomorrow will be cold, dry and bright in most areas, but it will become slightly cloudier in the afternoon with highest temperatures of 7 to 9 degrees in light to moderate mainly southwest winds.

Tomorrow night will be a little warmer, with minimum temperatures of 6 to 8 degrees. It will be cloudy and damp, with mist and fog expected to form.

Gritters struggled last night as the rain washed much of the salt off of the roads, leading to the same routes being treated twice. The gritters were sent out again at 6 this morning as black ice covered many roads across the county. Treacherous roads were reported in Letterkenny and the surrounding areas this morning, with a lorry getting stuck on a hill in Glenmaquin for almost three hours.

Gritters to be sent out as frost forecast was last modified: February 16th, 2018 by Elaine McCallig
Tags:
Donegal County Councilgrittersweather