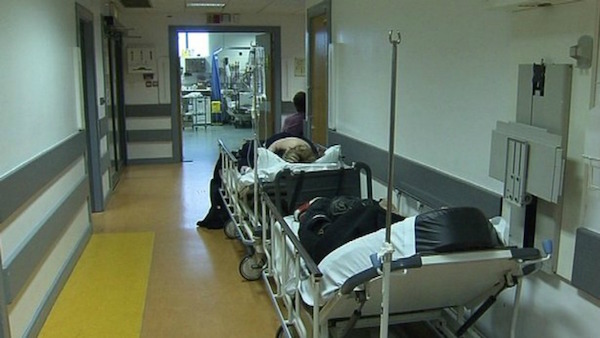 Overcrowding latest: Patients forced to wait on armchairs in A&E

Patients at Letterkenny University Hospital were last night forced to wait on armchairs after staff ran out of trolleys.

Staff were forced to bring armchairs into the Accident and Emergency area to cope with the demand.

A frontline hospital worker described the situation to Donegal Daily as “horrendous.”

“It was an unreal site people lying on floors with loved ones. Some patients who were waiting up to 36 hours for a bed lost the plot.

“The emergency department is a mess this morning and is a very sad sight for our hospital and its staff,” said the worker.

Letterkenny University Hospital has consistently been amongst the busiest hospitals in the country in recent months with the centre being named as among the most overcrowded.

It is understood that a senior executive from the HSE is due to visit the hospital today.

The frontline worker added “That person should be taken to the Accident and Emergency ward and shown just how under pressure the workers are and what conditions the public are being forced to endure.”