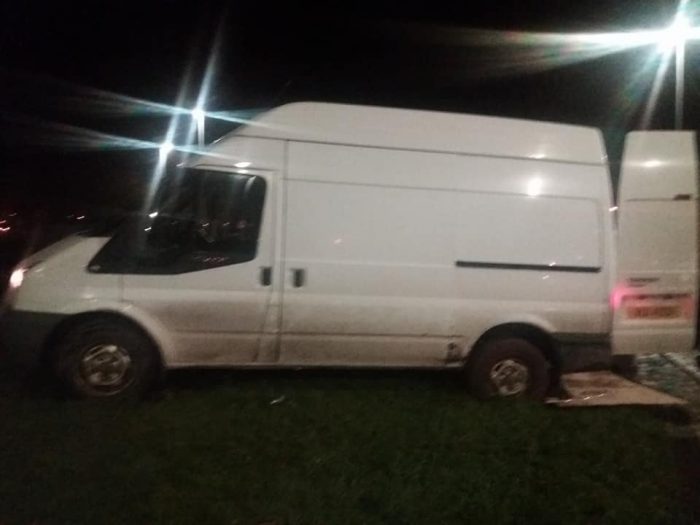 Relief as van stolen in Donegal is tracked down in Derry

A cross-border investigation is underway to track down thieves who stole a workman’s van in Donegal which was later found abandoned in Derry.

Last night, Dermot Harkin urged the public’s help in trying to find his dad’s van which had been stolen in Inishowen.

Dermot posted on Facebook: “My dad’s white Ford Transit was stolen from outside a house on Malin Road in Carndonagh today between 4:30 pm and 5:30 pm.

“All his tools are in it.

“If anyone has any info at all please contact the Gardai in Carn. Thanks.”

The van later turned up across the border and was spotted being driven around the city.

Local Derry group Shantallow Community Collective (SCC) said the van later turned in its area with locals warding off the thieves who tried to torch it.

SCC said on its Facebook page: “Van stolen driving recklessly around galliagh thankfully no one was hurt.

“Our community activists and local independent councillor warren robinson on the scene before the thieves tried to set fire to it.

Relief as van stolen in Donegal is tracked down in Derry was last modified: February 19th, 2018 by Stephen Maguire
Tags:
CarndonaghDerrydonegalstolenvan