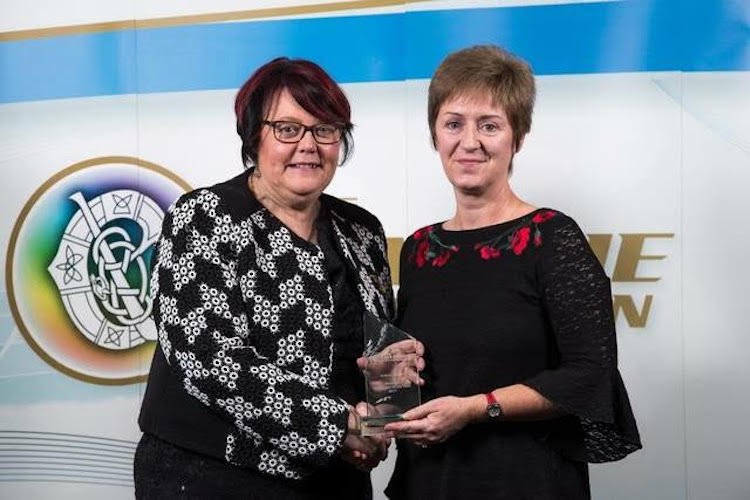 Volunteer of the Year award for Letterkenny Gaels’ Aideen Quinn

The ceremony which took place in Croke Park on Saturday past saw volunteers from twenty five counties (including Britain) being honoured for their involvement with camogie within their Clubs, Counties and Provinces.

Aideen Quinn from Letterkenny Gaels GAA Club accepting her ‘Volunteer of the Year’ award from the President of the Camogie Association, Catherine Neary, at the recent Camogie Association Volunteer and Media Awards in Croke Park.  Pic: Tommy Dickson.

Aideen was instrumental in developing camogie within the Letterkenny club and together with the current coaches, they are bringing the game to scores of young girls at Páirc na nGael.

As well as her various roles within Letterkenny Gaels GAA,Aideen is also the County PRO with the Donegal Camogie Board.