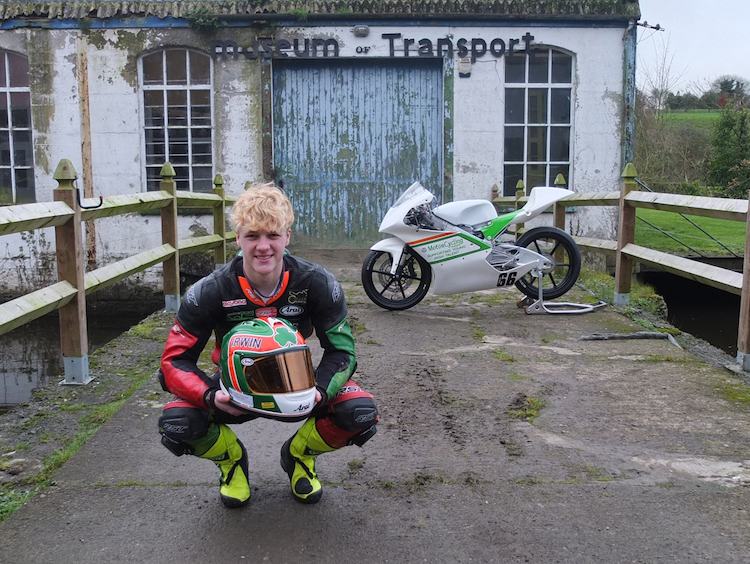 Rhys Irwin to begin adventure onto world stage in Spain

15 year old school boy Rhys Irwin begins on his journey of a lifetime next weekend in Valentia Spain.

Rhys is set to make his mark in racing history as the only rider from the republic of Ireland to make the cut onto the British Talent Cup team which was chosen in Silverstone UK last August from a select group of the most talented young racers representing Republic of Ireland, Wales, Northern Ireland, England and Scotland.

Rhys will make it official exchanging contracts with Dorna, the World Promoter for Motorcycle racing, at their first testing session of the year.

This championship will see the team race at selected Moto Gp and World Superbike rounds and selected British Superbike Rounds.

An excited Rhys already has his suitcase packed and plans to make the most of this opportunity.

“This really is a dream come true for me as it is something money can’t buy,” he said.

“I am thrilled that all the sacrifices I have made this last two years of short Circuit racing has paid off and I promise to do my best for myself and for those who have helped me to get this far.