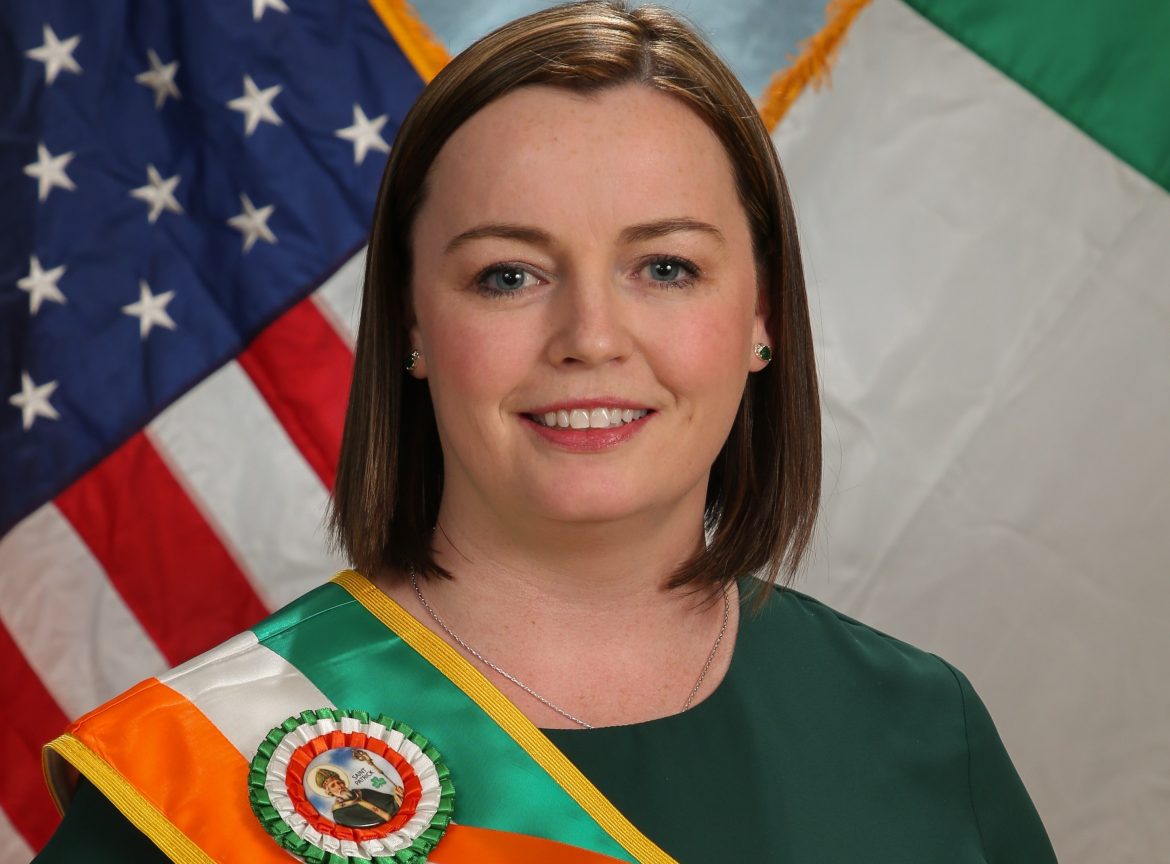 A proud Irish-American with Donegal roots will lead one of the world’s biggest St. Patrick’s Day celebrations as Aide to the Grand Marshal in New York.

Katie Barrett (nee Gallagher) grew up in Gweedore before immigrating to New York in 2000. She will represent the United Irish Counties and join Grand Marshal, Loretta Brennan Glucksman, in leading the New York St. Patrick’s Day parade up Fifth Avenue on Saturday, March 17 2018. 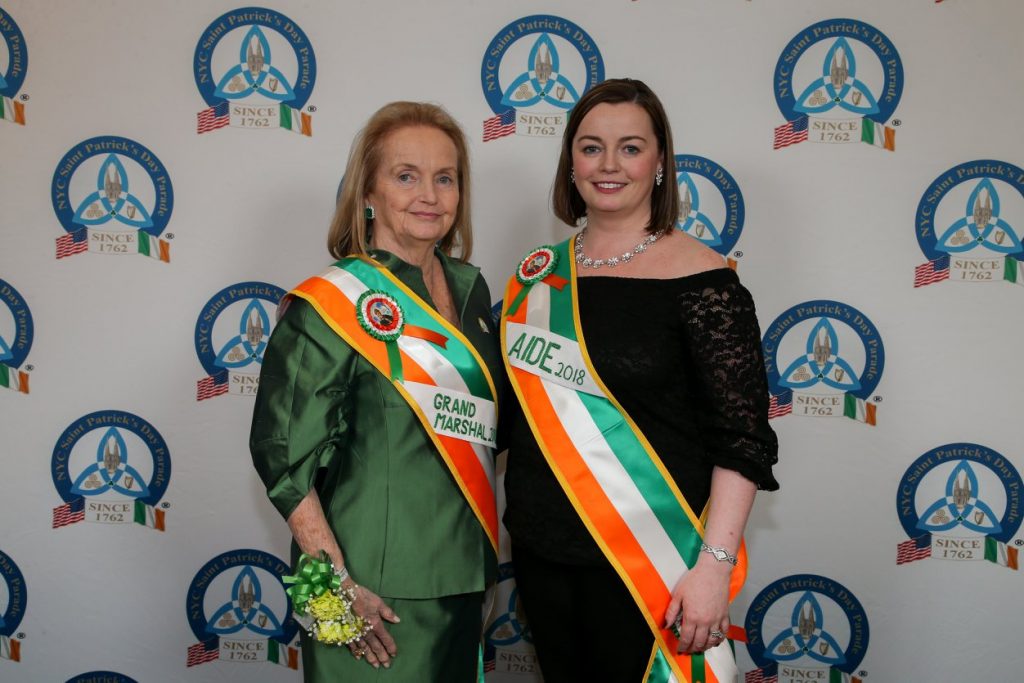 Each year, 13 distinguished Irish-Americans are chosen to serve as Aides in recognition of their outstanding service to the Irish-American Community of New York.

Katie was selected as an Aide in acknowledgement of her years of service to the New York and Irish communities and contribution to Irish faith, culture and heritage.

Katie was born in Manchester to Denis and Sheila (nee Coll), before moving to Donegal with her family, including her younger siblings Sarah and Donnchadh.

She immigrated to New York to join her boyfriend Michael Barrett from Gweedore, and they were married in February 2004. The couple now live in Connecticut and have two children, 12-year-old Neil and 10-year-old Megan. 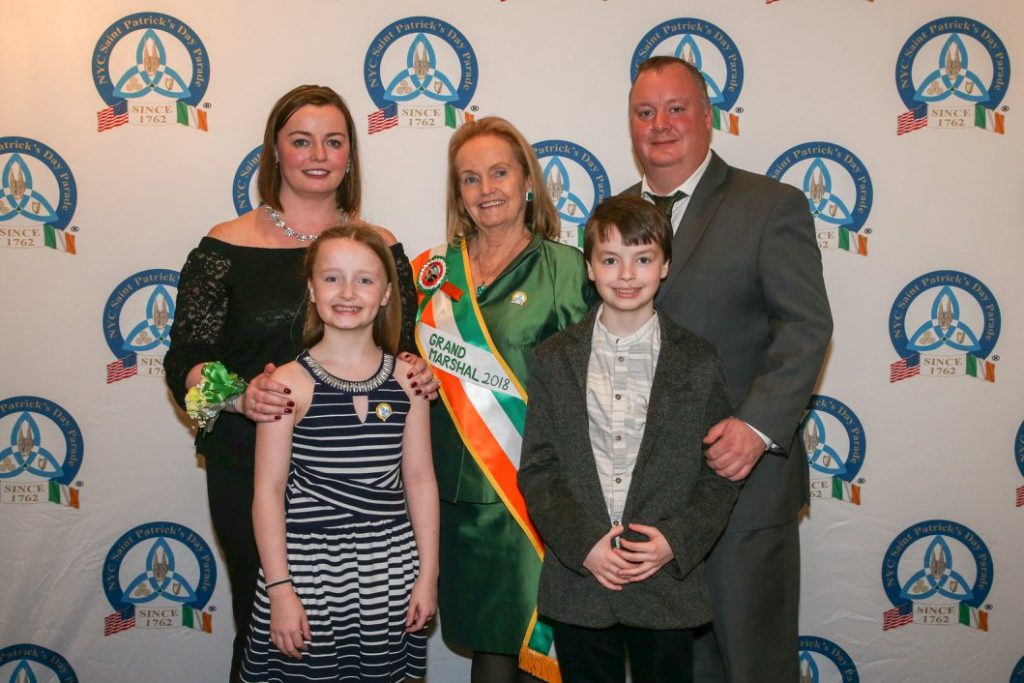 Katie Barrett and family at the Aides to Grand Marshal with Reception in New York, February 2018

Katie, who works in healthcare, is a keen Gaeilgeoir and has served two separate terms as President of the Donegal Association of New York . She has served various offices of the United Irish Counties Assn. of New York, currently being the Immediate Past President.

Katie was the fourth woman, and first woman to represent her native Donegal as President of The United Irish Counties Association. She just ended her tenure as President of the UIC. She has received many honours for her work promoting Irish heritage among immigrants in America.

The Grand Marshal and Aides were honoured at a special ceremony on Sunday, February 25th. 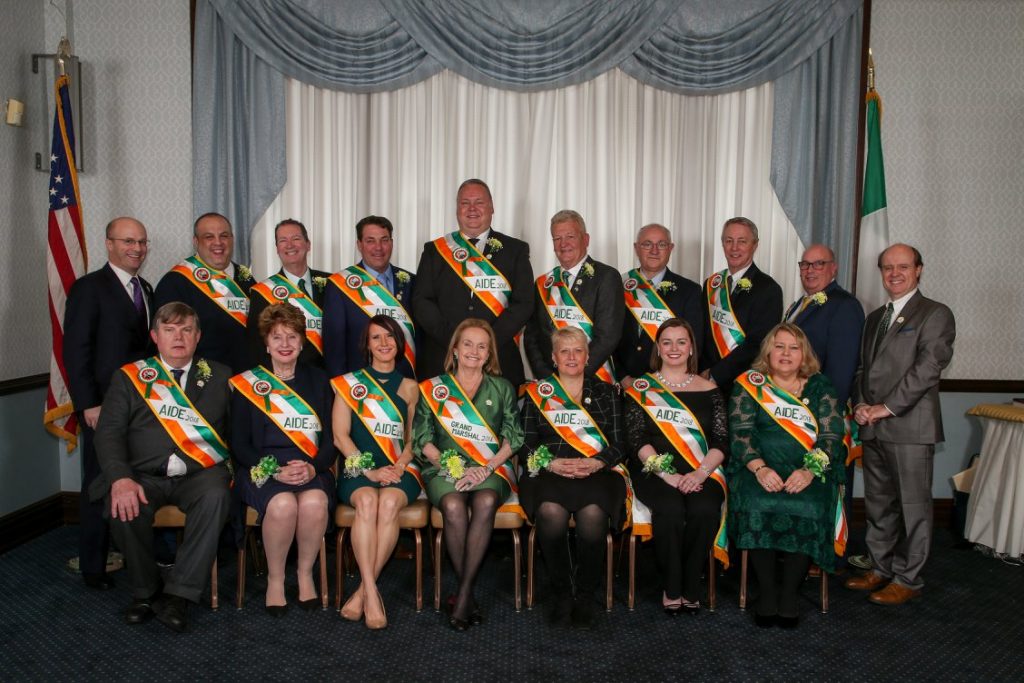