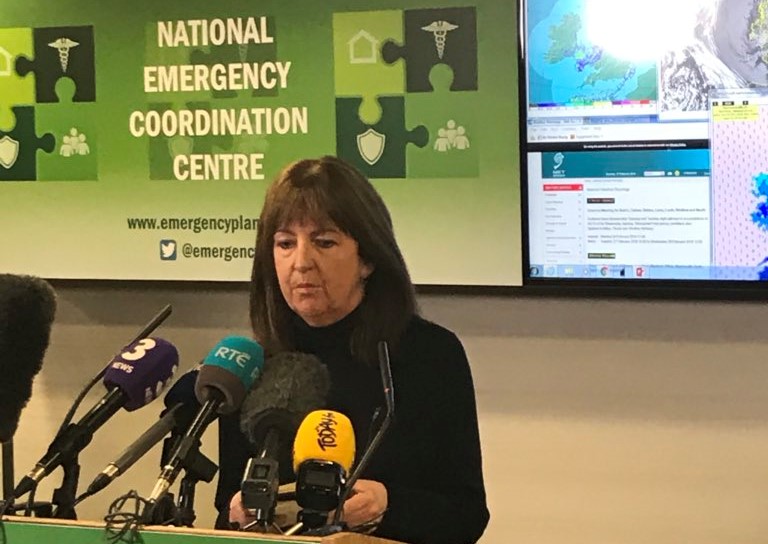 Severe frost and scattered snow showers are to begin tonight due to a westward flow of air from the east. On Thursday night, that extremely cold air is due to clash with the powerful rain and gales of Storm Emma and create blizzard conditions.

The government has convened the emergency planning task force to prepare for the storm and ensure all precautionary measures were ready for the disruptive event. 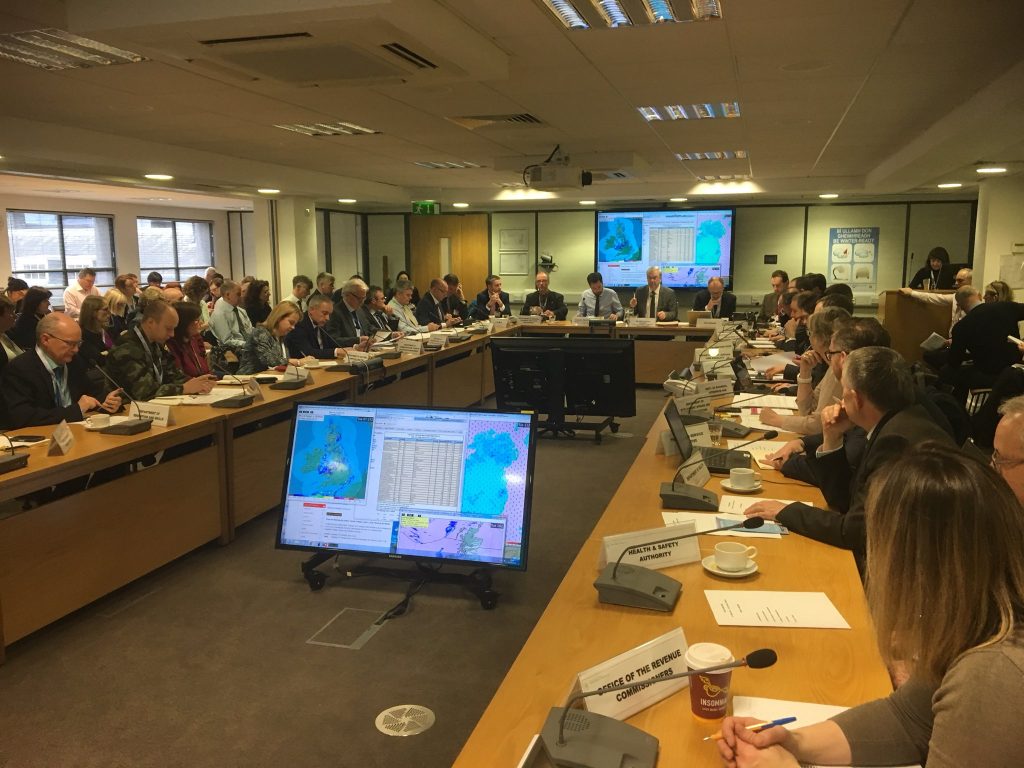 Mr Sean Hogan, Chair of the NECG, said it is hoped that more certainly over the timing of the weather events will become clear by Wednesday. He urged the public to take the opportunity to plan ahead, and added it is ‘too far out’ to be giving advice on school and workplace closures on Friday.

Mr Hogan said: “We’re dealing with nature here and there’s a good deal of uncertainty when we’re doing that.

“Nonetheless, events are unfolding as Met Eireann have predicted with snow showers this evening and an exceptional event forecast for Thursday night.”

Met Eireann currently have a nationwide weather alert in place for Tuesday night through to Saturday. The midlands and south east are set to be worst affected, with a Status Orange alert affecting Dublin, Carlow, Kildare, Laois, Louth, Wicklow and Meath.

Meteorologist Evelyn Cusack said the weather event is likely to result in a Status Orange alert, but no Status Red warning has ever been issued for snow events since the coding system was introduced in 2013.

A Status Red warning will signify the cancellation of school buses and school closures.

Storm Emma, which is currently striking Portugal and creating a Status Red alert, will arrive over Ireland on Thursday. 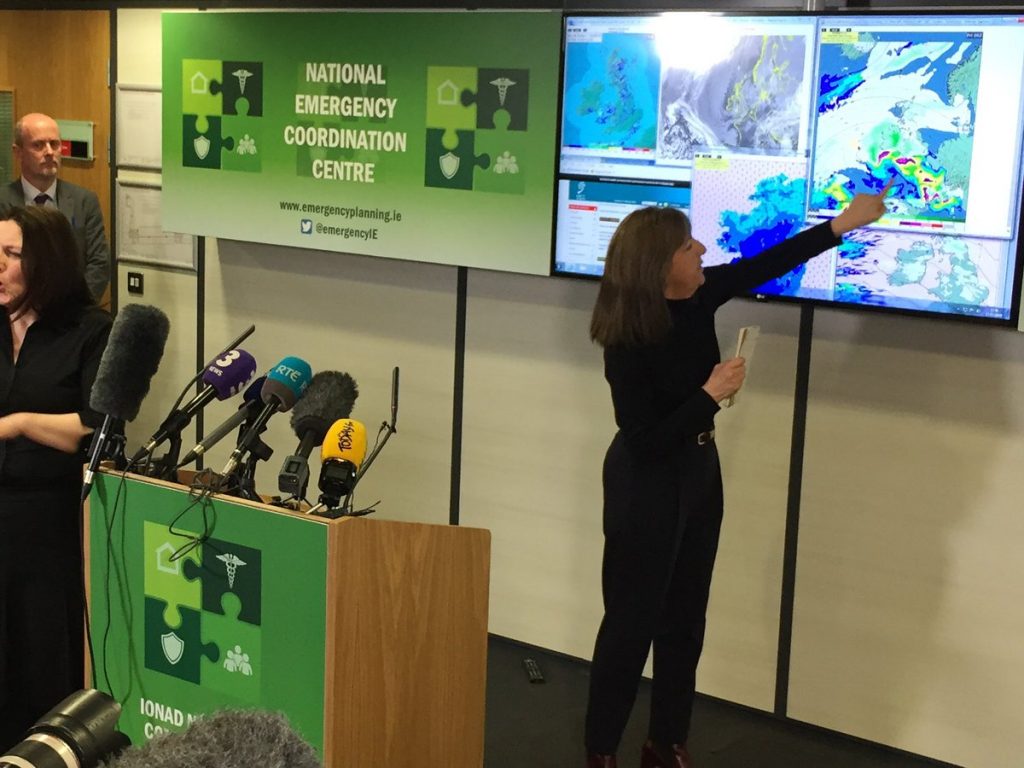 “As Emma moves in, it’s going to clash with the polar air and producing the continuous snow that we are forecasting for Thursday evening, night and Friday, accompanied by strong gale-force easterly winds.”

On Wednesday and Thursday, the forecaster warned that the maximum temperature will be +1, with the wind chill making the air feel more like -5 degrees Celsius.

A challenging weekend is in store too, with more wintry weather and no clear outlook for milder conditions.

Surface temperature predictions over land and sea.
The W and C symbols show the location and value of the highest (W – Warm) and lowest (C – Cold) temperature on the map. pic.twitter.com/vB1eC5YZ2x

‘Exceptional event’ on the way as Storm Emma to clash with Beast from the East was last modified: February 28th, 2018 by Rachel McLaughlin
Tags:
Beast from the EastNational Emergency Co-ordination Groupstorm emmawarningsweather