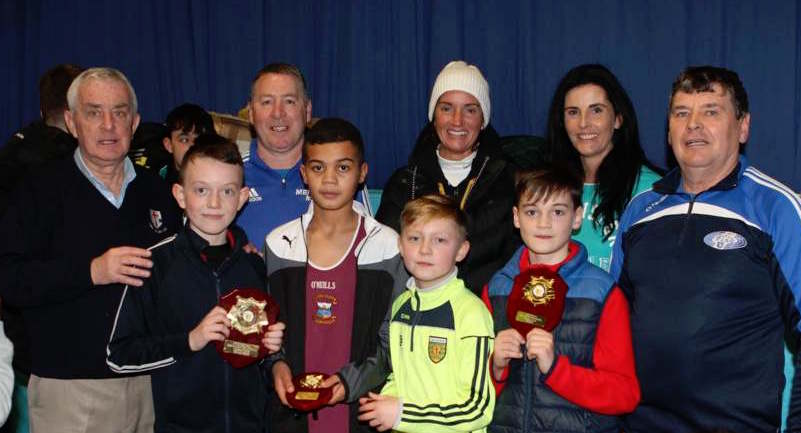 Donegal’s fastest children were confirmed this evening at the Finn Valley Centre as several hundred schoolchildren battled for the title.

Schools from across Donegal wedged into the sports hall at the Stranorlar venue to take part in the primary school event.

After a series of visits to schools around the county, to determine the representatives who would advance to the finals, the eager participants lined up to run over a flying 20 metres.

The finals were led out by Dermot McGranaghan and Sharon Bradley from Finn Valley AC, with the young runners set off by former four-time Olympic team manager Patsy McGonagle.

Among the huge attendance was Emily Kelly from St Mary’s NS in Stranorlar, who won the title of Ireland’s Fastest Feet last year and got the chance to run at the famous Millrose Games in New York in 2017.

That advancement is no longer available to the winners from events such as this evening’s; and more’s the pity given little Emily’s recollections from her trip to the Big Apple (which you can read about here tomorrow).

It would certainly be a worthwhile exercise for those in the upper echelons of Irish Athletics to examine how funding could be sourced to dangle a reward in front of primary school students around Ireland.

St Mary’s NS Stranorlar had winners at Under-10 and Under-12 girls levels.

Ashley O’Donnell tied with Lurgybrack’s Ciara Daly in the U10 girls while Riona Doherty won the U12 girls event.

Brendan Moombrira won the U10 boys’ event with Fintown duo Sawyer Campbell and Thomas McDevitt sharing the win for the U12 boys race. 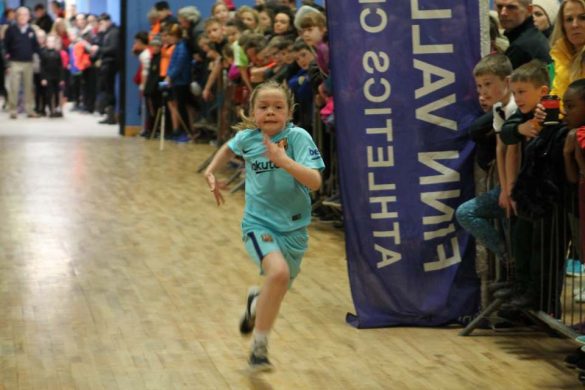 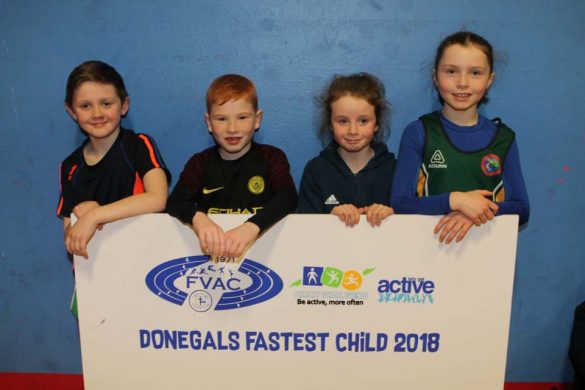 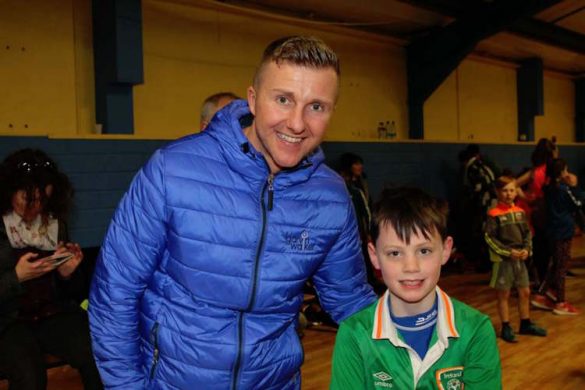 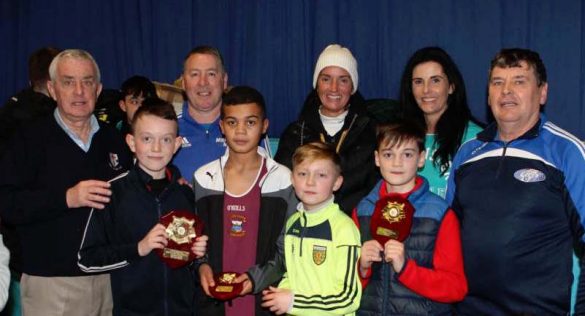 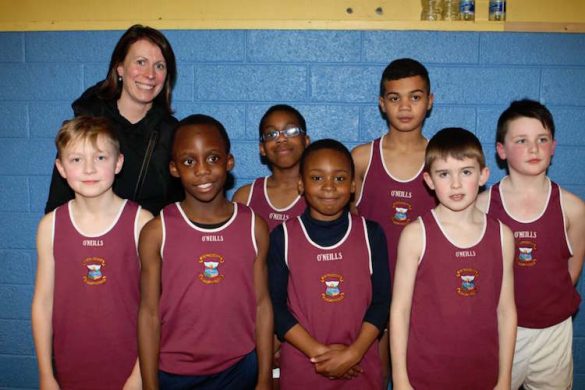 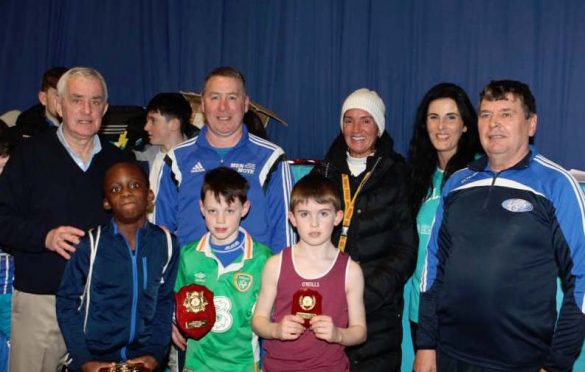 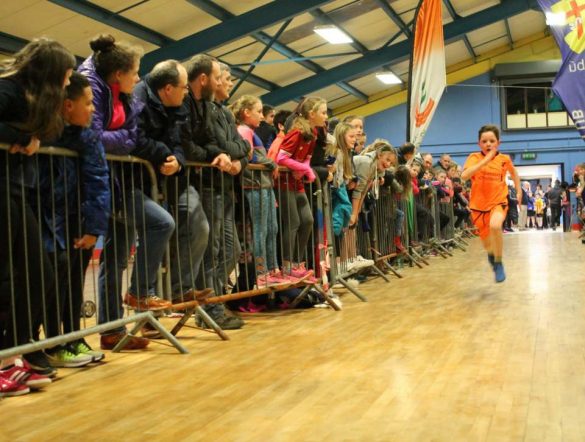 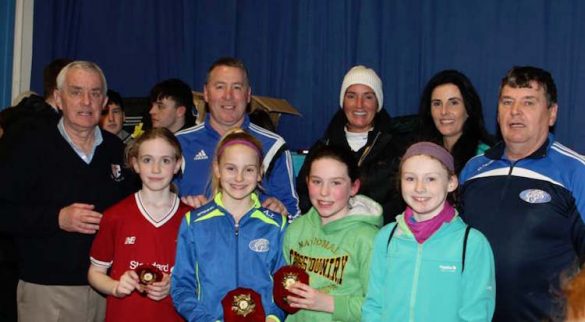 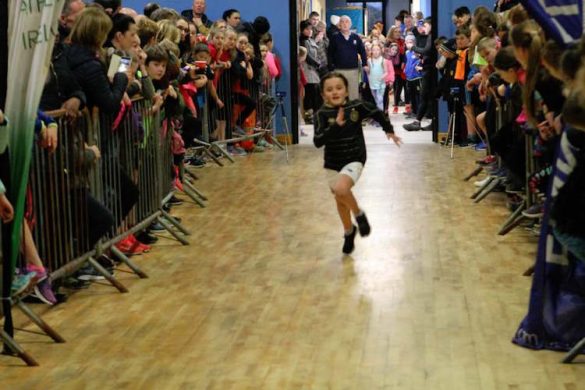