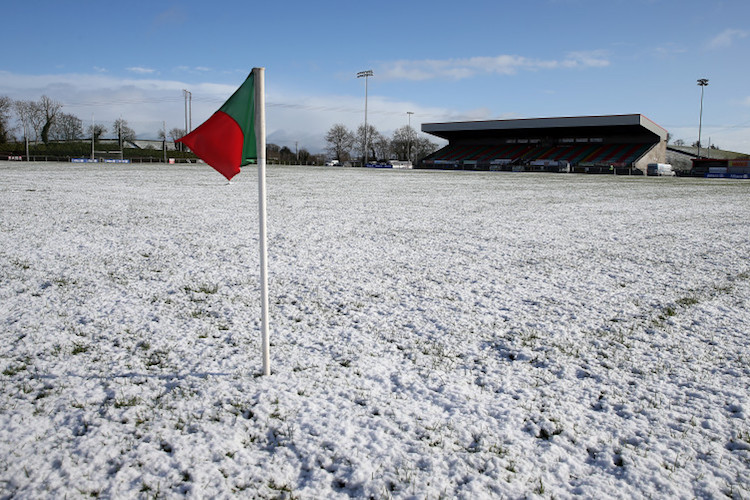 All of this weekend’s Allianz Football and Hurling League fixtures have been postponed.

A Status Red weather warning is in place countrywide until tomorrow afternoon and the GAA has decided on a blanket cancellation of the weekend’s games.

Donegal were set to face Tyrone in Division 1 of the Football League on Saturday evening in Omagh while the Donegal hurlers were pencilled in for an away clash at Armagh on Sunday afternoon.

However, the GAA has confirmed that all this weekend’s games have been called off.

A full revised fixtures programme to cover the remaining rounds of the Allianz Leagues will be issued on Monday, March 5th.

It is expected that this weekend’s games will move to next weekend.