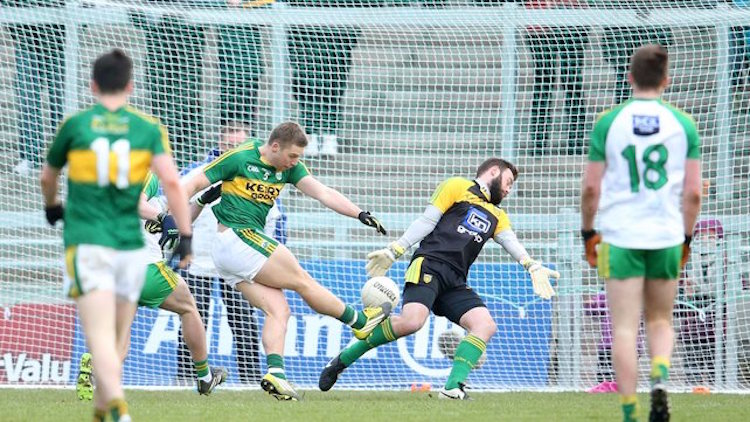 The Ballyshannon man, who had been vying for the number one shirt with Mark Anthony McGinley and Shaun Patton, is understood to have informed Donegal manager Declan Bonner of his decision in the wake of Sunday’s win over Kildare.

Boyle was the replacement goalkeeper on Sunday with Patton given a start.

Boyle started the League games against Galway and Dublin having come in for the injured McGinley against Kerry in Killarney.

However, Boyle has pulled out of the panel, citing that he wishes to concentrate on playing club football with Aodh Ruadh, who are back in Division 1 of the All-County Football League this year.

Letterkenny man Patton, who joined the Donegal squad this year having decided to walk away from a League of Ireland soccer career, has played in Donegal’s last two games, the McKenna Cup final win over Tyrone and Sunday’s triumph over Kildare.

The indications were that Patton was set to retain his spot for this weekend’s clash with Tyrone, which has since been postponed due to the red alert weather warning.