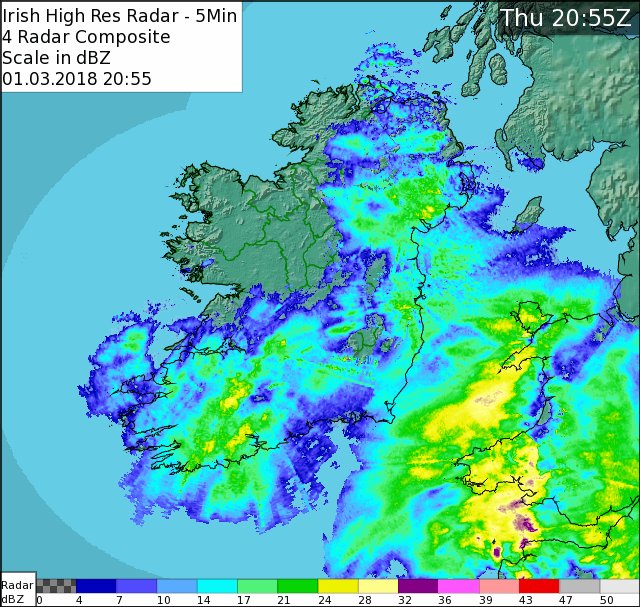 Met Eireann has tonight reduced the hours that the Status Red alert will be in place for Donegal due to Storm Emma and the ‘Beast from the East’.

The red alert for Connacht and Ulster counties Cavan, Monaghan and Donegal will now last from Thursday 7pm and end on Friday at 6am.

As forecast, the southern and eastern counties of Ireland are enduring the worst of Storm Emma, with severe disruptions and dangers to public safety due to blizzards.

Donegal has experienced heavy snow and extreme freezing conditions today, and while the alert times have been reduced, the public should continue to stay indoors and avoid travel during the night.

Donegal will see further heavy snow and strong winds tonight (Thursday), while Storm Emma is not expected to affect the north west with such severe blizzard conditions.

A bitterly cold night is in store, with sub-zero temperatures and icy conditions continuing. Heavy snow showers will lead to high accumulations in areas of the north west.

Motorists are reminded not to make unnecessary journeys during times of status red alerts. Donegal County Council plan to dispatch gritters on all main routes from 5am on Friday morning.

Meteorologists have described today as an ‘ice-day’, as temperatures failed to reach above freezing throughout Ireland.

Blizzard conditions will extend through Leinster, Munster & Connacht overnight in strong and gusty northeasterly winds; the heaviest snowfall will be along eastern & southern counties. Snow through Ulster will be mainly from showers. Lowest temperatures will be around 0 to -4°C pic.twitter.com/F7sVMYUORF