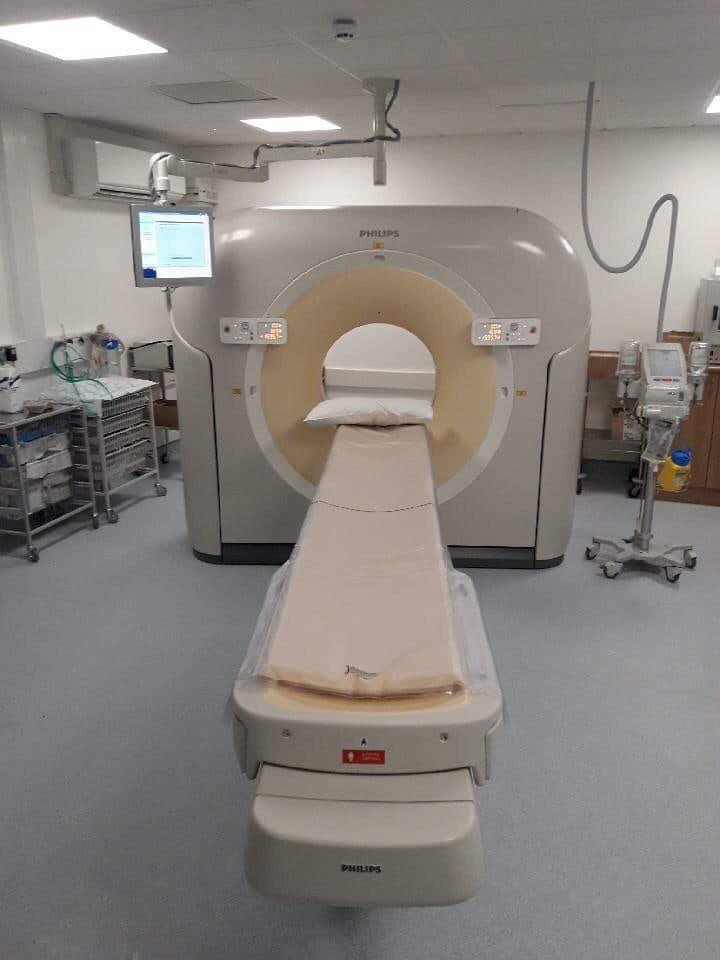 Local charity Friends of Letterkenny University Hospital are delighted to announce that they have successfully raised enough funds to commission a new CT Scanner at the hospital.

The CT Scanner has been operational since Monday.

Chairman of the Friends, Mr Peter Cutliffe thanked all those who contributed and collected the money over the past three years, all €460,000.

“Once the refurbishment of the radiology department is concluded, Letterkenny University Hospital will be the only hospital of its size to have two fully functional CT Scanners.

“Well done to the Friends of LUH.”

The refurbishment of the radiology department began in November 2017. The works include repairing the damage from a flooding incident along with the construction of an Interventional Unit that will be used by radiologists, cardiologists and gastroenterologists.