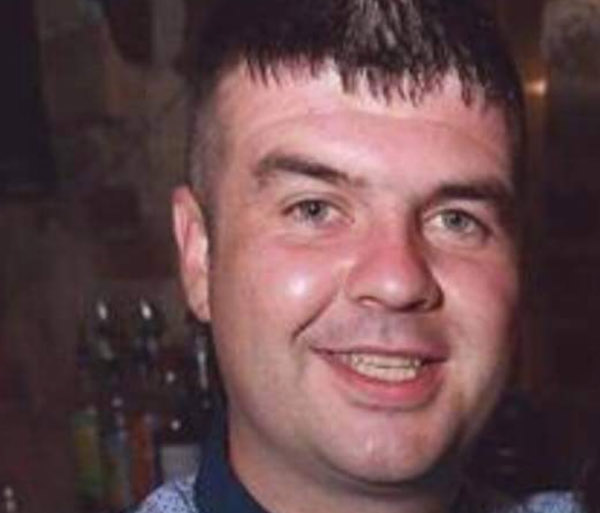 A young man killed in Bridgend on Saturday night was walking home after celebrating the christening of his child.

Tragic Emmett McClelland died after being struck by a car while walking home.

It is understood Mr McClelland, who was in his 20s, had been socialising earlier in the 19th Hole Bar, formerly Harry’s Restaurant on the Donegal side of the border.

He left the bar with another man and both were struck by a car which was passing around 11.55pm.

Both men were rushed to Altnagelvin Hospital in Derry but Mr McClelland was pronounced dead a short time later.

The other man is not understood to have suffered serious injuries.

One man in his 30s, believed to be the diver of the Vauxhall Omega car involved in the crash, was arrested on suspicion of dangerous driving and brought to Buncrana Garda station for questioning.

The car was traveling from the direction of Derry when the accident occurred.

The scene was cordoned off all day as a Garda forensic team launched a full investigation into the cause of the crash. 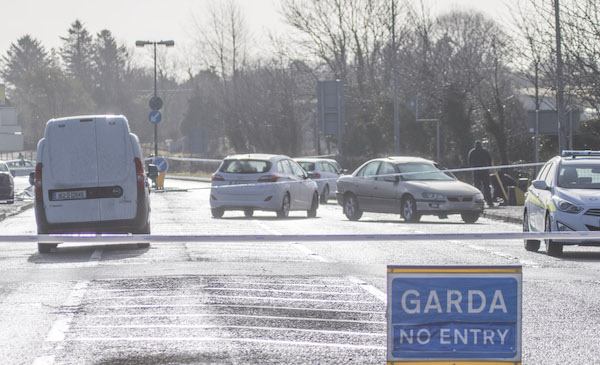 Scene of the fatal accident on the Donegal/Derry border. (North West Newspix)

Gardaí are appealing to anybody who was in the vicinity to contact them.

They are appealing in particular to a couple who flagged down a Garda patrol car at a filling station in Bridgend and reported the crash to contact Buncrana Garda station.

Tributes have been pouring in for the victim of the fatal crash on social media.

Mr McClelland’s partner, Jade McCallion, updated her Facebook profile picture of herself and her tragic partner hours after the tragedy.

Friends left dozens of messages of love and support for Ms McCallion and her two young sons.

Joanna Butler posted “Jade I’m so sorry for your loss. God give you strength and protect you and your family xxxx”

Another, Tomasina Smyth, posted “Jade I am so sorry for your loss, thinking about you all on such heartbreaking times.”

Garda Superintendent Eugene McGovern, of Buncrana Garda Station,
appealed to anybody who was in the area at the time of the tragedy to
come forward.

“We would appeal to anybody who was in the area at the time to contact Gardai.

“They may have noticed this car or the person involved or they may
have noticed something which would be of value to our investigation,”
he said.