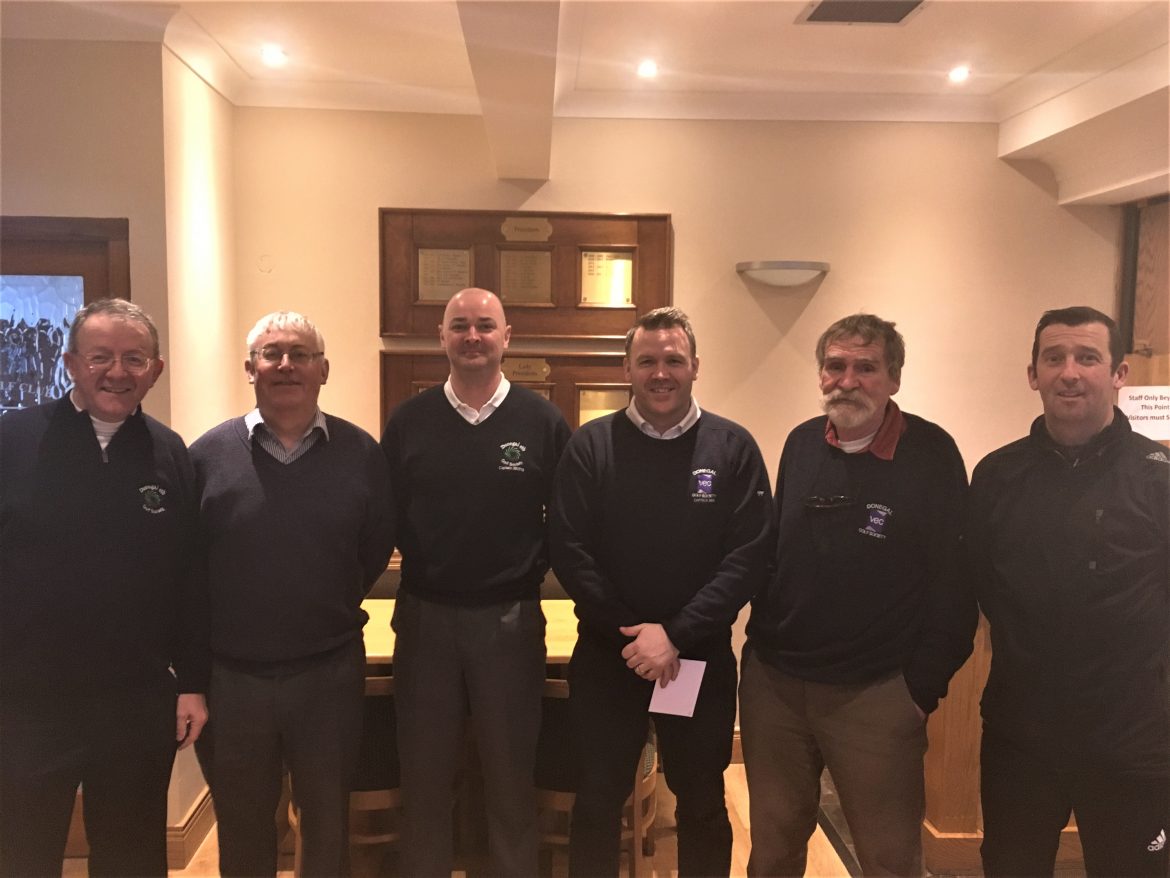 written by Staff Writer March 16, 2018
The Donegal ETB Golf Society reconvened for their 4th outing on the calendar in Dunfanaghy Golf Club on a blustery Saturday:
This was the first get together since we regrettably lost two of our dear members Danny O Brien and Michael Mc Grath in recent months.  Our Captain Marcel Mc Cafferty spoke eloquently about how fondly remembered our two friends are and how much they are missed by everyone attached to our closely knit society.  They will never be forgotten and may they rest in peace.
Out on the course the harsh conditions were seemingly of no consequence to long time society stalwart Seamus Clerkin, formerly of Finn Valley College in Stranorlar.  Seamus romped home by a clear four strokes with an excellent return of 38 points to impressively claim the top prize. 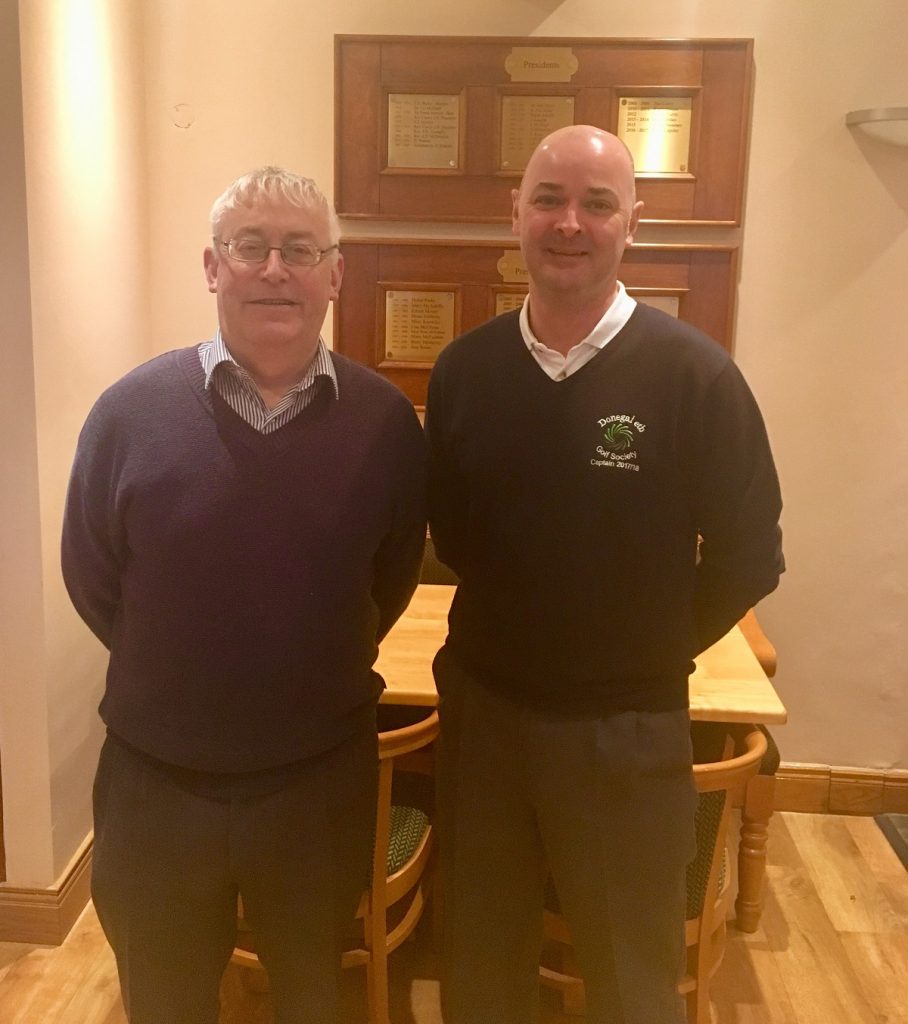 Winner on the day with 38pts was Seamus Clerkin pictured with Society Captain, Marcel Mc Cafferty

It proved to be a Finn Valley College top three as two of Seamus’ ex-colleagues, Paddy Mc Daid and Rory White both finished on 34pts, with Paddy clinching 2nd place courtesy of a stronger back nine. These three men were reviving memories of a couple of trips to the golfing mecca of the Algarve in recent years where they travelled with fellow society member Alex Harkin.  Results on the day through the cold, wind and rain proved that they are not just sunshine players!
The other prizes on the day were won by Kate Gallagher in 4th place on 31pts, retired member’s prize won by Paddy Kelly 29pts and Category 4 prizewinner, the ever popular society secretary Jim Mc Glynn on 30pts. Golfer of the year standings with two outings remaining: 1st: Oliver Plunkett on 58pts, 2nd: Cathal Mc Gee and Alex Harkin tied on 48pts Paddy Mc Daid and Pascale Gallinagh a further point back on 47pts, so it’s all to play for with the final two events coming up in Greencastle on the 21st April followed by the final event, Mr Marcel Mc Cafferty’s Captain’s Prize at Letterkenny GolfClub the following month.
It’s all to play for after this Donegal ETB Golf Society outing was last modified: March 16th, 2018 by Staff Writer
Tags:
Donegal ETB Golf Society