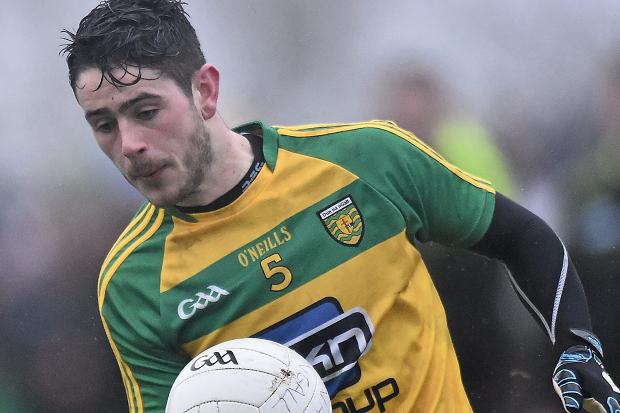 Donegal to welcome some experience back for Mayo survival showdown

Donegal will welcome some of their heavy artillery back from a virus Sunday’s winner-takes-all Division 1 clash with Mayo in Ballybofey.

Donegal must beat Mayo to preserve their Division 1 status, with anything less meaning Declan Bonner’s men will drop into Division 2.

Bonner’s camp was hit by a virus in the lead-up to Sunday’s defeat by Monaghan in Clones.

Martin McElhinney, Ryan McHugh and Odhrán Mac Niallais are all expected to return for this weekend. Mark McHugh, who also sat out the 1-16 to 1-10 loss to the Farney, is also likely to be in contention again this time.

“We got badly knocked back by the virus at the weekend, but we’ll know more on them at training on Thursday,” Bonner said.

“We lost a number of players on the morning of the match, but that’s the way it goes. Hopefully we’ll have them all back into the squad for Sunday.”

Paddy McGrath made his first appearance of the year on Sunday, playing the full game, while Frank McGlynn got 70 minutes under his belt, the Glenfin man being taken off in added time.

Neil McGee is, Bonner said, ‘not far away’ from being restored. The Gaoth Dobhair man would have played in Clones but management opted not to take a chance on a slight niggle.

Patrick McBrearty’s League is over due to the knee injury that has kept him out of Donegal’s last two games.

The Kilcar man won’t feature again for the county until the May 13 Ulster SFC game against Cavan in Ballybofey.

“He really carried the fight in the early matches. He must have been averaging ten points a game. That’s a huge loss to any team.

“Lads who have come in – and we have handed out a number of debuts in the League – have done well, but you do need that experience.”