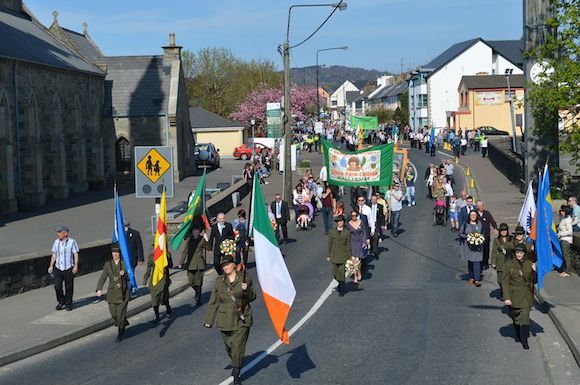 Local Donegal republican and spokesperson for the Drumboe Commemoration Committee, Hughie Doherty, has announced details of this year’s Easter Commemorations in the county.

And he has called on those of all political persuasions to come out and pay tribute to all those who have their lives in the pursuit of Irish freedom.

Mr Doherty said “Every year, Irish republicans across Ireland and around the world gather to remember our friends and comrades who gave their lives in the pursuit of Irish freedom.

“We also wear the Easter lily to honour the men and women of 1916 and all those patriots who gave their lives in every phase of struggle.

“However we don’t just do so as an act of remembrance alone but also to recommit ourselves to the cause for which they died and to rededicate ourselves to achieving the vision set out in the 1916 Proclamation.”

He added that now, more than ever, we need to see implemented the principles of equality and sovereignty set out over a century ago.

“We want to ensure that a United Ireland of Equals is the lasting legacy of the men and women of 1916 and all our patriot dead.

“I am also delighted to announce that Mayo Senator Rose Conway-Walsh will address the main (Drumboe) county commemoration in Stranorlar. Rose is a fantastic orator so I hope hundreds will again come a long to hear her speech.”