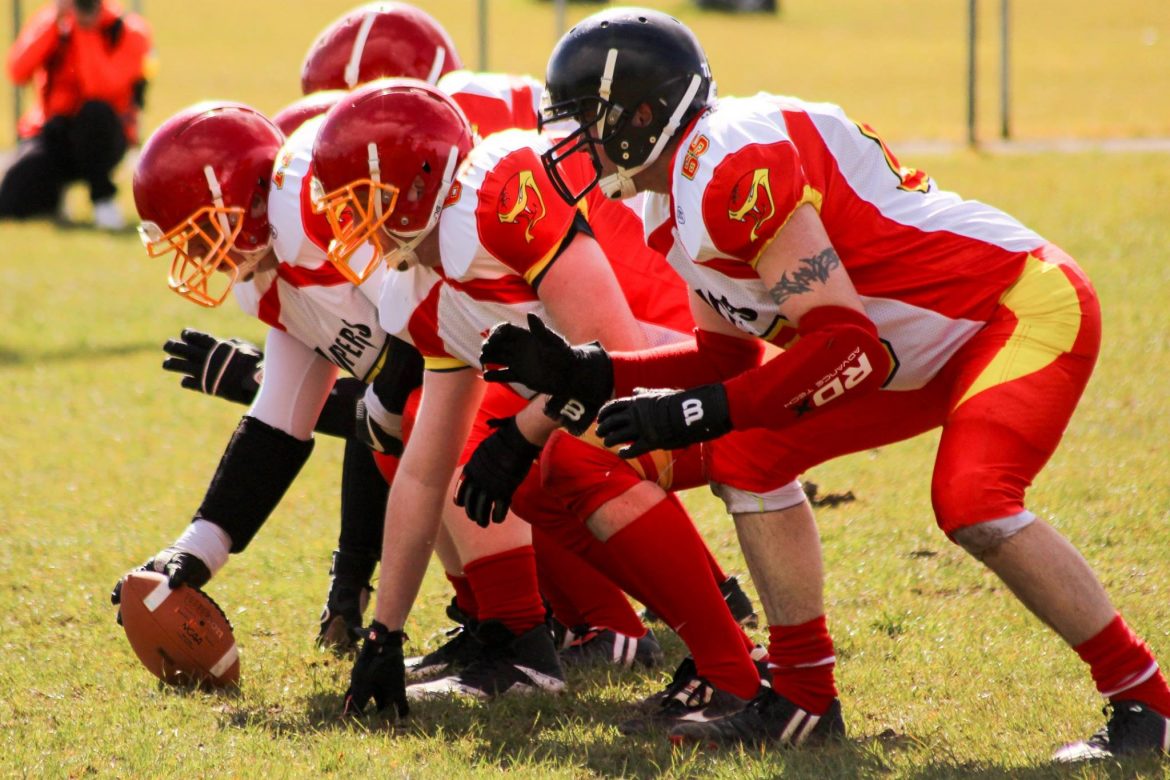 After a long off-season which including the destruction of their home ground at The YMCA Rugby Pitches The Vipers headed to Mullingar to take on The Westmeath Minotaurs in the opening game of the IAFL1 season.

In a game that ended with a 22-8 win last season in the reverse fixture, The Red & Gold knew nothing less than 100% would do if they wanted to return home with the W.

It was a frantic start; The Vipers marched up the field only to be denied a TD by great Minotaurs coverage as Tight-End Ruairi Bradleys outstretched arms could only tip the ball in the endzone. The Vipers offense regrouped and with the leg of Gary Melly taking the plaudits a 35 yard FG put The Vipers up 0 – 3.

The Minotaurs offense came out of the blocks fast and as the first quarter drew to a close QB Niall Folan connected with Jack Lynch for the TD as Lynch broke coverage to put the Mullingar men up by 4 after a successful XP. Minotaurs 7 – 3 Vipers.

It would be the first Minotaurs score of the game, but also their last as the Vipers defense closed ranks, and with dogged determination would stop the Mintoaurs at every turn thereafter.

After a few quick 3 and outs on both sides The Vipers offense would enter the field once more. Strong running by Micheal McCay and Cathal Curran ate some clock before QB Daniel Mullan saw Bradley in acres of space and with a flick of the wrist the Tight-End caught the pass and with nothing between him and the endzone Bradley strolled in to put the men from the North West up by 3 after a Melly XP. Minotaurs 7 – 10 Vipers.

The second half started well for the Vipers and as the defense swarmed the Minotaurs line great tackles by Paddy Farrell, Paul O’Donnell and rookie Jason Nurse the Vipers drove their opponents back. The booming voices of linebackers Kyle McAneny and Corey McKenna could be heard all over the field and after huge hits by the defensive Captains Paddy Maguire and Niall Lyons The Vipers stopped the drive leaving the ball in the Minotaurs endzone.

As The Vipers pounded the rock, the left side of the O-Line dominated. Great work from Conor McIntyre, Mark O Donnell and Centre Barry O’Kane saw QB Mullan falling just short of the endzone on the sneak. It was left to Running back McCay to extend the lead. Great work from Right Tackle Gareth Gordon in tandem with his Guard Shaun McGrory saw the man from Strabane walk into the endzone untouched as The Vipers went up 7 – 16 after a missed XP.

Further defensive pressure saw The Minotaurs bogged down in their own half and as Peter and Paddy Farrell (no relation) continued to terrorise the Minotaurs it led to another punt.

This time it would fall to the man of the hour Ryan Brolly. As the Sion Mills man sat back and surveyed the field a few stop start runs, twists and blocks including a huge hit by Mullan, in for the return, Brolly weaved his way to the endzone for the punt return score. Minotaurs 7 – 22 Vipers.

The Vipers defense, having shut the Minotaurs down for 3 quarters would do so again and with a late interception from the speedster Gary Melly, Mullan’s men took the knee to secure their first win of the season.

Next up for The Vipers is a home game against The Wexford Eagles at Limavady RFC on 8th April.

The Eagles, still smarting from their IAFL2 Bowl game loss to DDV, will do EVERYTHING in their power to stop a repeat of their defeat at the hands of The Vipers in their only ever match against each other in the final of the 2016 season. 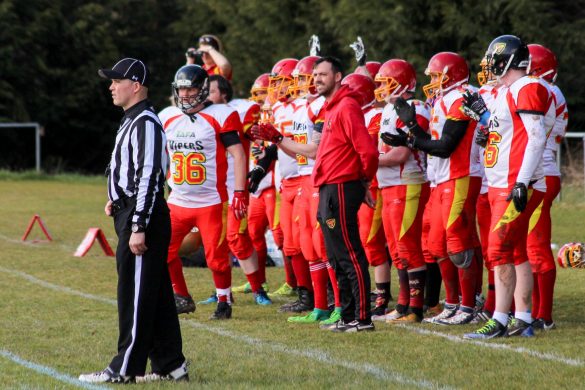 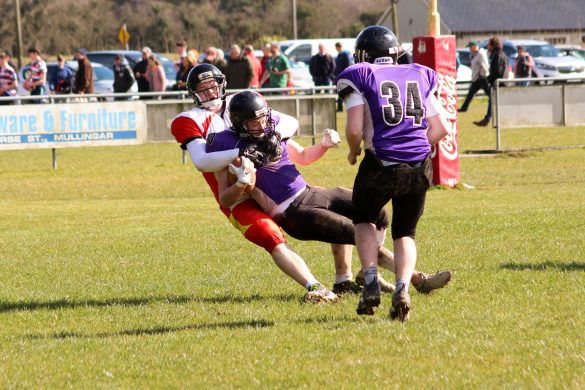 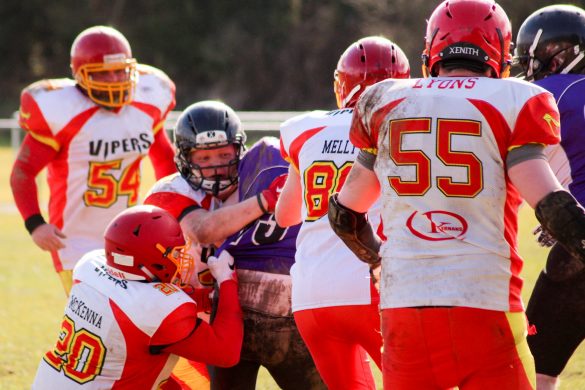 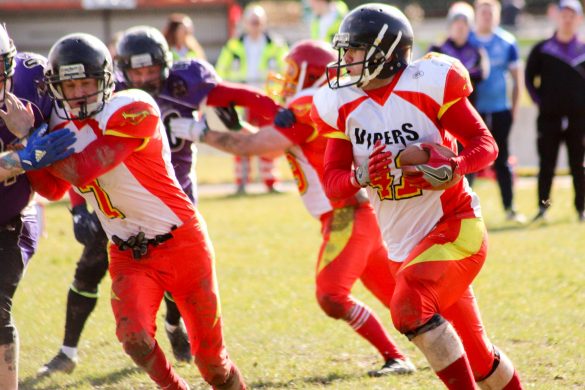 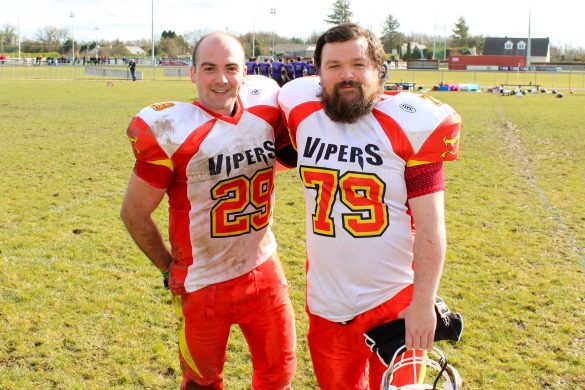 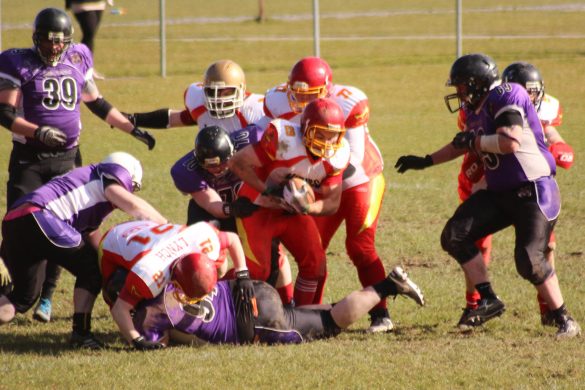 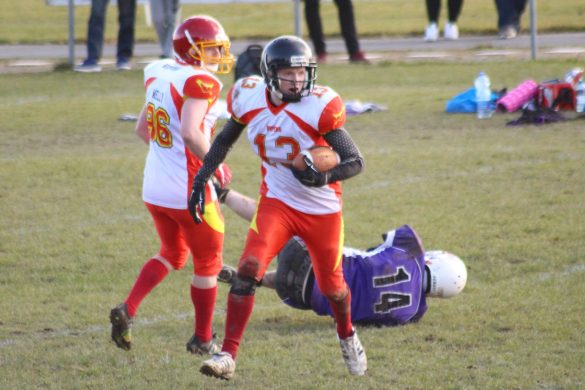 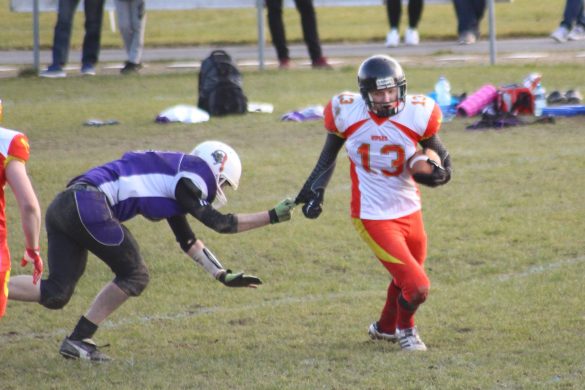 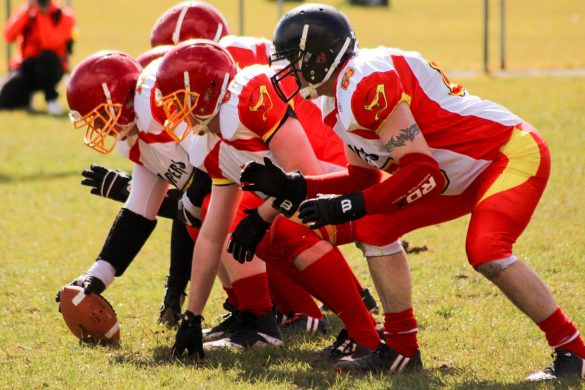 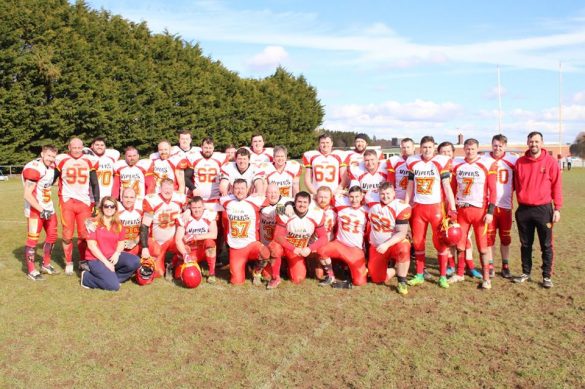 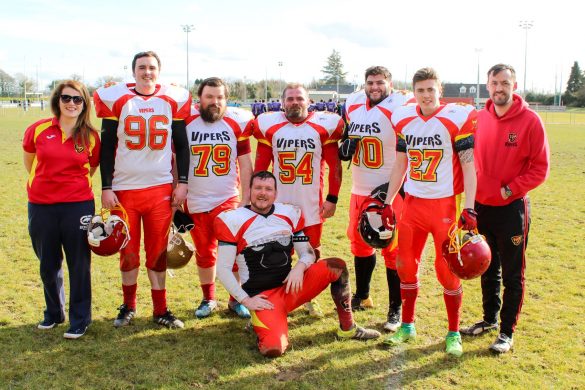 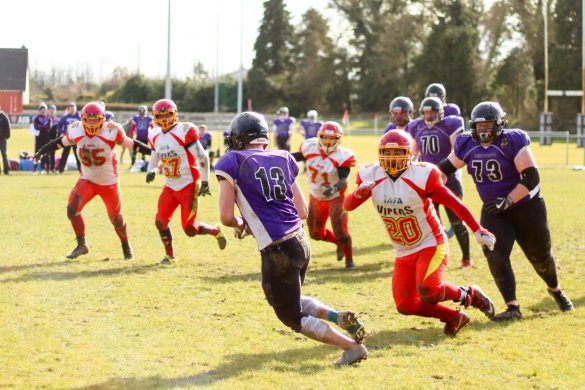