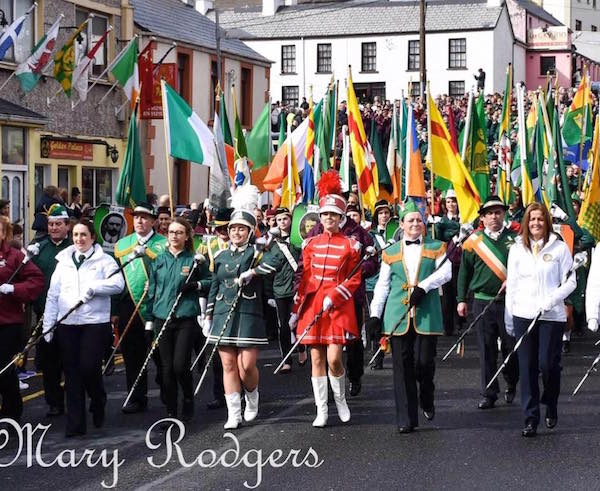 All roads lead to Dungloe this Easter Sunday for Ireland’s biggest band parade.

Following on from 2017’s successful event, 2018 promises to be even bigger and better.

This years Band Parade will commence at 2.30pm, with 17 marching bands taking part.

The parade will follow its usual route from Upper Main Street to Mill Road and return on the same route.

The parade will be followed by the Annual Dungloe Marching Band Competition, this competition is not to be missed with more bands competing annually. The eagerly awaited competition will see old foe and new foe go to battle for much-coveted trophies.

2018 will see the inaugural Paddy Murray O’Donnell Memorial Cup paraded through Dungloe and presented to the committee.

Cups for the competition include the Rita Boyle perpetual Cup, Michael Gillespie Shield, Molly Quinn Cup, John Boyle Tully Cup, Maureen Sweeney O’Neill Cup and the much sought after Jonny Walsh Cup. This promises to be a day not to be missed in Dungloe.

Dungloe town will be closed to traffic from 2.30pm with traffic restrictions will be in place for the duration of the parade, patrons are asked to attend early and use the many carparks on the outskirt of Dungloe town.

There will be no parking on the main street to allow for the safety of all patrons and bands.

Dungloe looks forward to welcoming all band members and visitors this weekend. #DestinationDungloe