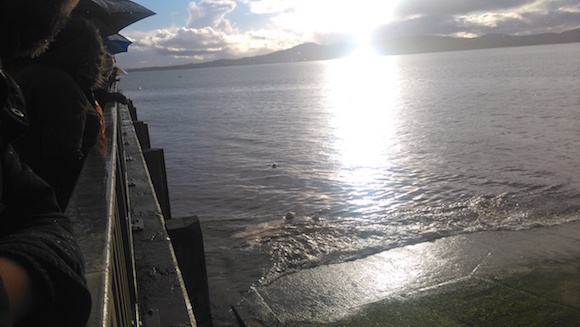 A grieving family member of those who died in the Buncrana pier tragedy has pleaded with people not to abuse Stephanie Knox.

Ms Knox has received a major backlash since it was revealed she is suing the estate of the family of those who died in the tragedy.

The young Derry woman has since said she never intended to directly sue the family.

Now Noel McGrotty (86), who lost five family members in the tragedy in March, 2016, has said his family are simply trying to “move on” from what had happened.

“I do not know the wee girl but the only thing I’m afraid of now is that the public opinion might be damaging her,” he said.

“My family doesn’t want that. The newspapers aren’t thinking of the consequences of this…The wee girl must have suffered psychological shock and I can understand that.

“This is in the hands of our solicitors. Life has to go on, I’m that type of person,” he told independent.ie

Ms Knox, who was dating Davitt Walsh, at the time of the tragedy, helped recover baby Rioghnach Ann on the horrific day in which five members of the one family drowned.

Mr Walsh has been quoted as saying he did not want to have anything to do with any court cases and simply wanted to move on with his life.