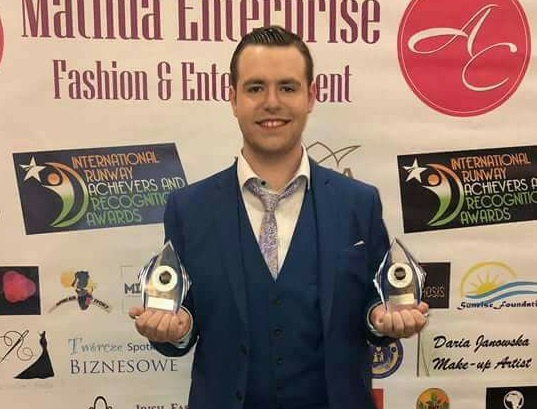 The Burtonport illusionist was honoured to be named Irish Magician of the Year 2018 and Ireland’s Most Popular Act 2018!

Speaking after the event, Dylan said: “Tonight has been one of the greatest nights and moments of my carrer!”

“I want to thank my mum and to all the event organisers in charge, my good friends Matilda AC and Dean Foran for their continued support. I’d also like to congratulate all the other winners on their awards.

“It feels unreal to think I started my career off just two years ago by posting a video online, and just two years later to lift two awards in the capital of Ireland, for me it is an incredible feeling.”

Dylan has also thanked his fans for the hundreds of messages of support he’s received.

But wait! He also has another piece of exciting news up his sleeve – Dylan is delighted announce that he will be presenting his very own radio show on Donegal Bay Radio!

“This is just the beginning! It’s going to be a very exciting year ahead!”

To keep up with Dylan’s jaw-dropping illusions and to find out more, visit his Facebook page: Dylan Murray Magician