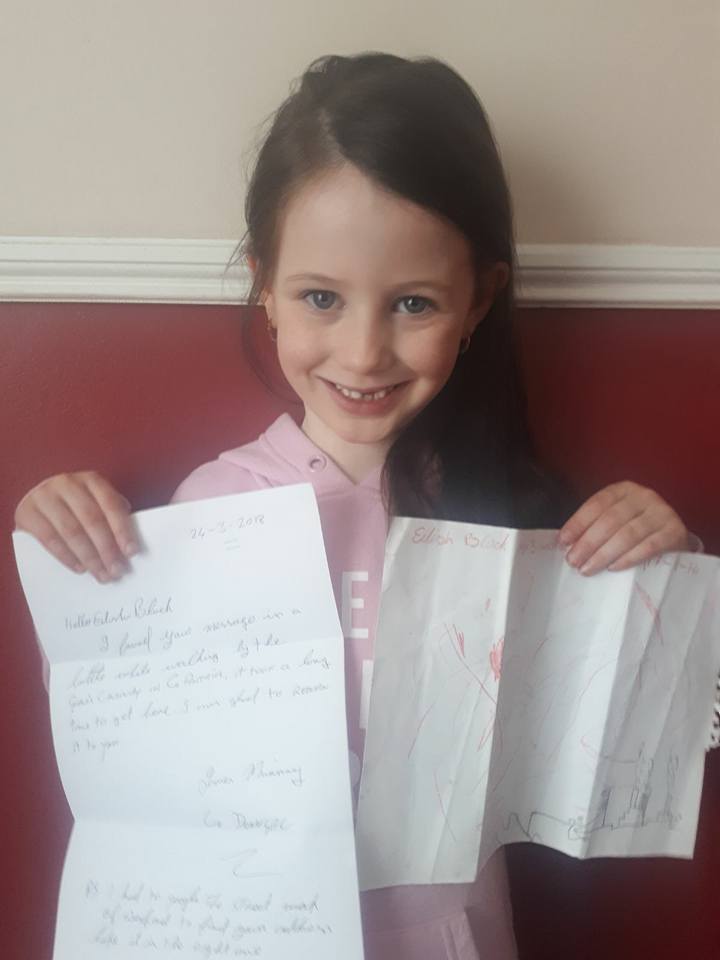 A Wexford mum is hoping to get in touch with the man who found her daughter’s message in a bottle – on the other side of the country!

Little Eilish Black was just 3 years old when she threw a letter in a bottle into the Slaney in Wexford town along with a drawing in September, 2014. 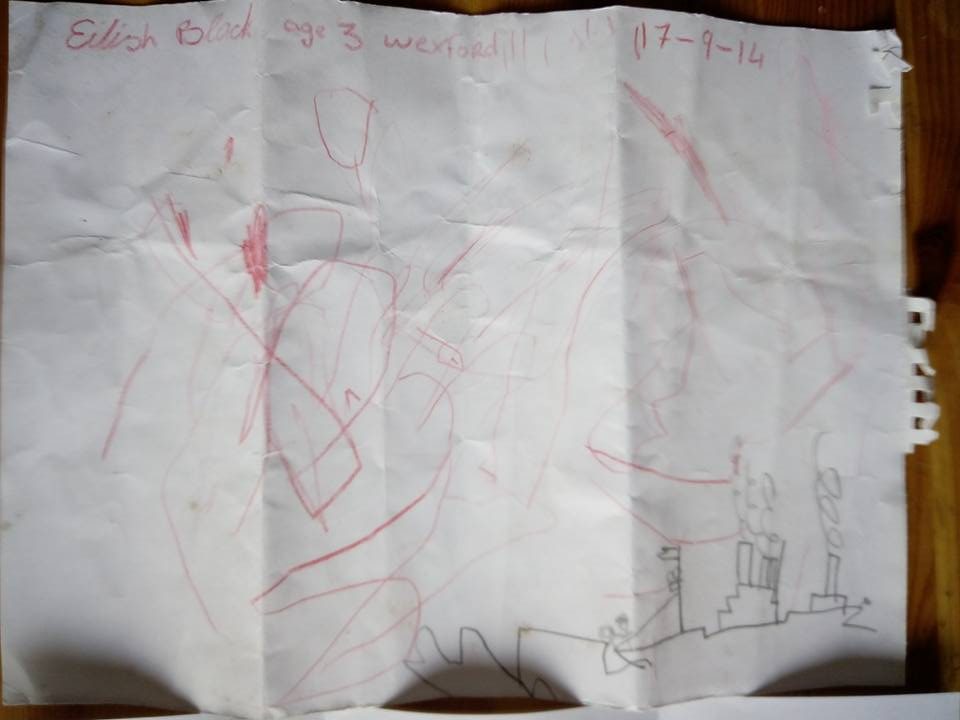 To Eilish and Katie’s delight, a special letter came through the door at their home in Wexford two days ago.

In his letter, dated March 24th 2018, he wrote: “Hello Eilish Black. I found your message in a bottle while walking by the Giant’s Causeway in Co. Antrim, it took a long time to get here. I am glad to return it to you.” 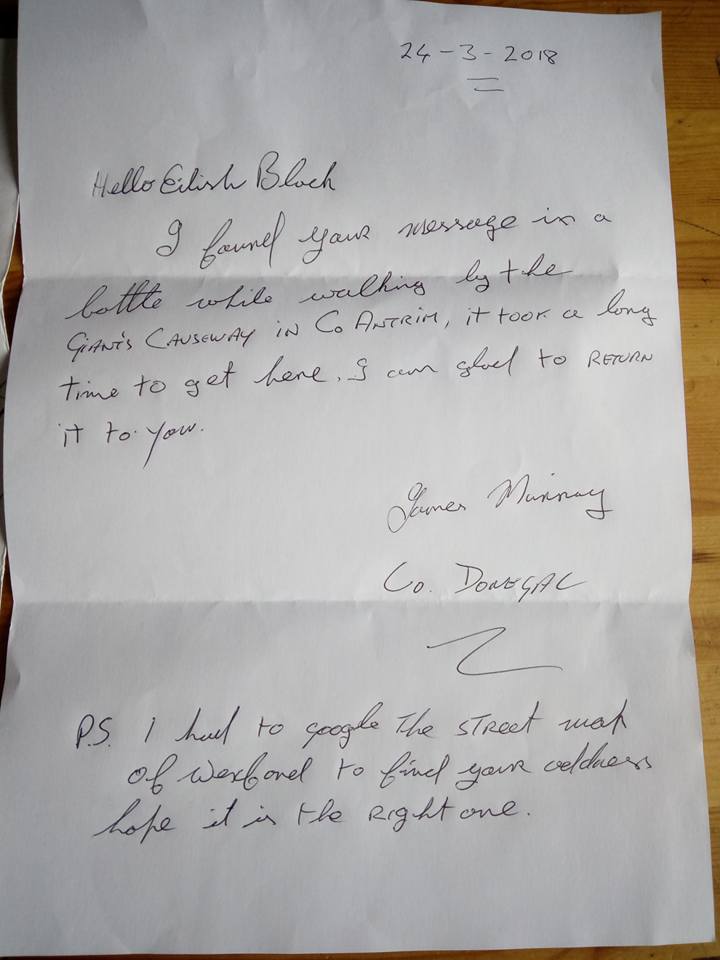 “PS: I had to google the street… of Wexford to find your address, hope it’s the right one.”

Unfortunately he didn’t provide a return address, but both Eilish and Katie would love to write back to him.

Katie says: “We would love to let him know we got the letter. As Eilish’s letter was a little damaged with water he said he wasn’t sure if he had the right address!”

Are you Eilish’s penpal? If so, don’t hesitate to get in touch by emailing info@donegaldaily.com

Girl who found message in a bottle hopes to get in touch with Donegal penpal was last modified: March 30th, 2018 by Elaine McCallig
Facebook0Tweet0LinkedIn0Print0
Tags:
donegalgiant's causewaymessage in a bottleWexford