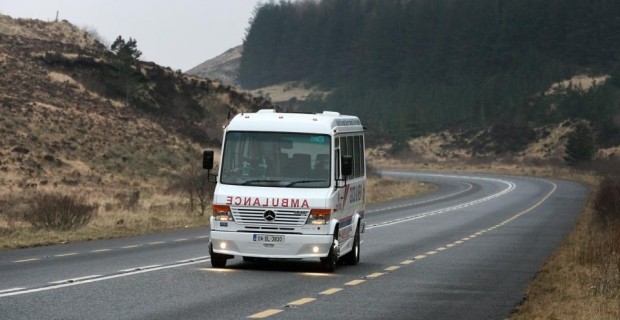 Staff from the Charity Regulator’s compliance team will conduct a site visit to the Good and New Charity Shop in Letterkenny “within the next three months to verify the actions taken by the charity”.

A spokesperson for the Charities Regulator who was responding to the status of progress achieved as the March 26th deadline passed for the Good and New Shop to comply with the terms imposed on February 14th.

A spokesperson for the Regulator provided the statement to the Tirconail Tribune.

On February 14th the Charities Regulator imposed intermediate sanctions on the Good and New Shop under section 73 of the Charities Act.

A notice to the Shop was issued following an on-site inspection by staff from the Regulator’s compliance and enforcement unit, which found that the charity was not in compliance with its legal obligation to keep proper books of account under Section 47 of the Charities Act 2009

The notice, which was accepted by the trustees of the charity on 13th February required the charity to rectify the contravention no later than Monday, 26th March 2018.

The Regulator proposed that Good and New adopt a number of measure for the purpose of ensuring that the contravention does not occur again.

The measures included the introduction of formal documented procedures for maintaining adequate accounting records; assign the task of keeping proper books of account to a person(s) with the appropriate skills and experience; with regard to financial reporting –introduce regular financial reporting detailing the income and expenditure(including the nature of that income and expenditure) and the assets and liabilities of the charity, and ensure all financial reports are scrutinised by the charity trustees under a standing agenda item as part of all trustee meetings.

Mark Tighe reporting in the Sunday Times on December 17th last year reported that the charity had received over €400,000 more than it had spent in the previous two years.

Good and New responded saying their auditors confirmed that the €400,000 figure mentioned was from accounts filed in November 2016.

They added that it was their intention to build up this reserve which would be used to purchase a building in early 2017 at a cost of €270,000 to run the organisation from. This was completed in early 2017. Hence there was a surplus of funds on the balance sheet that the article referred to for this purpose.

On December 20th a statement from the public relations company representing Good and New said they were moving to a company limited by guarantee structure which was “a legal requirement to purchase the property.”

The Tribune asked the cancer charity spokeswoman: “Can you confirm under what sections of legal statute or order of the Revenue Commissioners are there requirements for a company limited by guarantee structure (CLG) to purchase or own a property?”

The response said: “The move to Ltd company was based on legal advice received by Good and New and is in line with good practice processes.”

Their AGM held on November 22nd, 2016 at the Good and New Shop at 4.00pm noted that the purchase of premises from which Good and New could better deliver their services and run their shop was considered.

Their solicitors recommended that a company limited by guarantee be formed to take over the activity of Good and New.