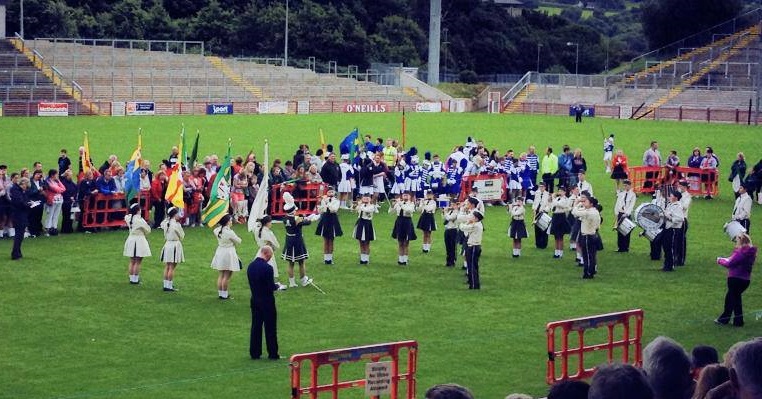 Maghery band will be marching in one of Dungloe’s biggest parades to date, with over seventeen bands taking part in the annual Easter celebrations.

All roads lead to Dungloe this weekend as this event is set to be Ireland’s biggest band parade of the year.

This weekend is particularly special for the band however, as they celebrate the 60th anniversary of the first time the band won in Dungloe’s Easter Sunday competition.

Since Easter Sunday 1958, the band have certainly proved to be amongst the best in the country and have kept their winning streak.

The multi award winning band are 3-time All-Ireland and International Champions; and as marching band season begins for 2018, they’ve started off strong by winning the title Best Band during the parade in Ardara.

The Maghery band are entering three bands into the competition this Sunday.

The senior competitive band celebrated joyously last year when they won Best Band on Parade and placed first in their section, with the hope of making it a two in a row this year.

Speaking to Donegal Daily, Chairperson Annemarie O’Donnell says: “Donegal is very fortunate to have such a proud tradition of bands and this annual parade and competition showcases just how much Donegal has on offer.

“It is such a fun and enjoyable day out for all the family and great to see traditions like this continue.”

Be sure to attend this year’s parade to see the award winning band in action. Dungloe parade kicks off this Easter Sunday at 2:30pm.

To complete the Easter celebrations, the Junior and Competitive Senior Maghery Band will be hosting their annual Easter Fayre in Maghery Community Centre on Easter Monday between 1pm and 6pm.

The Happy Camper will be in attendance serving up scrumptious pancakes this year and will be offering free game plays for games tables with every purchase.

There will also be hampers, cash prizes, gifts, sweets, and a lot more up for grabs – you won’t go home empty handed!

The band’s annual Tractor and Vintage Car Run will be held on this day also. Registration is at 12pm at Maghery Community Centre.

For more details, check out their Facebook page: Maghery Band.