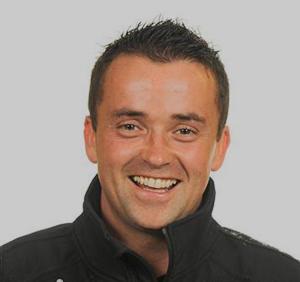 MAXI CURRAN got his second tenure at St Eunan’s off to a winning start with victory over Glenswilly in the All-County Football League Division 1 opener.

Curran’s team lost corner-back Conor Morrison to an injury in only the third minute as both sides failed to find their range and on 13 minutes his brother Cillian Morrison was given a straight red card by referee Ends McFeely for a late hit on Ciaran Bonner.

However, in the end the O’Donnell Park residents came good in what was a drab enough first half, although a slightly better second for both sides. Hannigan on his first appearance scored four points

Before a point was kicked, in the eight minute the home team should’ve opened the scoring with a goal when Caolan Ward did well to avoid three challenges but when faced with only Glenswilly goalkeeper Philip O’Donnell, scuffed the shot wide.

St Eunan’s finally opened their account on 18 minutes through a free from Conor Gibbons, with former Letterkenny Gael Jamie Doherty scoring on his debut three minutes later before adding another and Niall Hainnigan, also making his first appearance, pointed on the whistle to put the home side 0-4 to 0-1 up.

That was the half-time score with Glenswilly kicking six wides to their hosts’ five and both parties dropping a couple of balls short.

Brendan Walsh was making his managerial bow and was without the services of Donegal captain Michael Murphy, who is on holiday, while the Letterkenny team welcomed back Ross Wherity from New York – his first club outing since 2013 –  and lined up with Doherty at corner-forward.

Glenswilly continued to batter high balls in on Shaun Patton and Christopher McMonagle punched over only for Ward to restore St Eunan’s three-point cushion at the other end.

Conor O’Donnell and Gibbons stretched St Eunan’s lead out to 0-7 to 0-2 before Patton in goal saved well from Marley and Brian Farrelly miscued from the rebound.

A Ciaran Bonner free and a crisply-taken 45 from goalkeeper O’Donnell brought Glenswilly back to 0-7 to 0-4 down on 40 minutes.

Two points in the 43rd minute, though, from Hannigan and Niall O’Donnell, prior to Gary McFadden’s point at the Town End, had St Eunan’s 0-9 to 0-5 in front on 45.

Niall O’Donnell’s second point and Hannigan’s third meant St Eunan’s were six points up with eight minutes to play as Bonner and Gary McFadden then added frees for Glenswilly, while Hannigan’s fourth of the day was a classy effort with the outside of the boot.