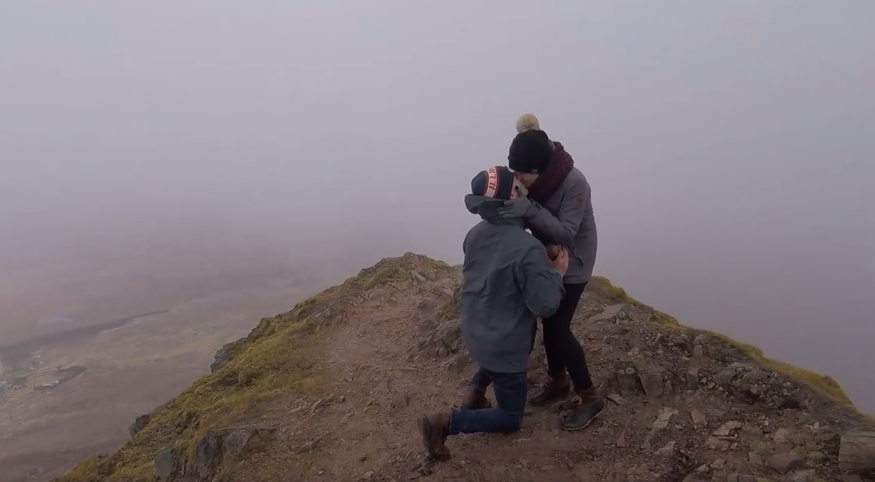 When it came to planning how he was going to pull off the perfect proposal, Illinois man Gage McConkey Adams left nothing to chance.

While most of the county slept over the Bank Holiday weekend; Gage, his fiancée Maddie, and their families, had already made the spectacular but winding journey from their base in Ranafast across the Derryveagh mountains, along Lough Swilly to the sea side village of Portsalon.

Although Bus Feda had passed through Portsalon on many occasions before, this journey was for a special reason.

Six weeks before this day Brian O Donnell from Bus Feda received an email from Michele McConkey Adams informing him that her son Gage was planning to propose to his girlfriend Maddie while on tour with Bus Feda in Donegal.

They were asking for options and locations to make this as special as possible.

Brian had no hesitation in suggesting the summit of Errigal as a perfect spot and after quite a few emails and a video call to Champaign, Illinois; the scene was set.

These three families from Illinois, on their first trip to Ireland, had spent St Patrick’s weekend in Dublin watching one of their daughters perform in The University of Illinois Marching Band and had booked Brian’s bus to take them on a tour of Donegal to get to see the Irish countryside and away from the hustle and bustle of the capital.

They were completely overwhelmed by the beauty of Donegal and the warmth of its people.

As well as Climbing Errigal they also visited Sliabh Liag, Ardara, Fanad Light House, Glenveagh National Park and had what they described as an outstanding meal and experience in the Silver Tassie Hotel. 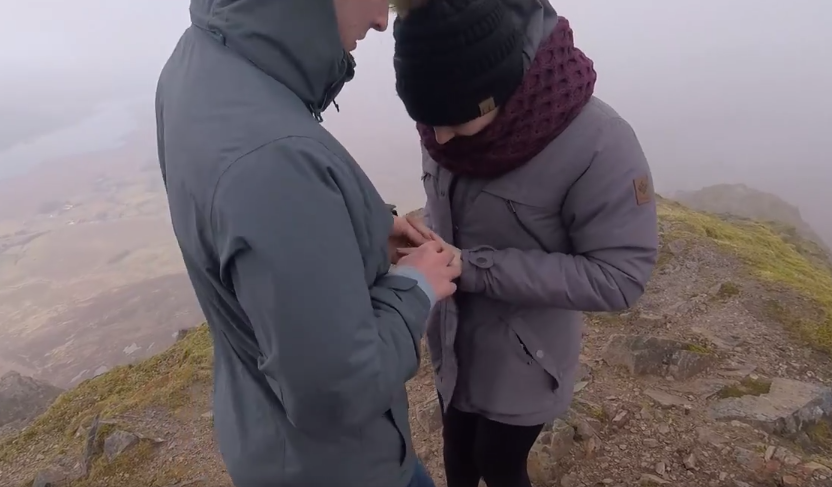