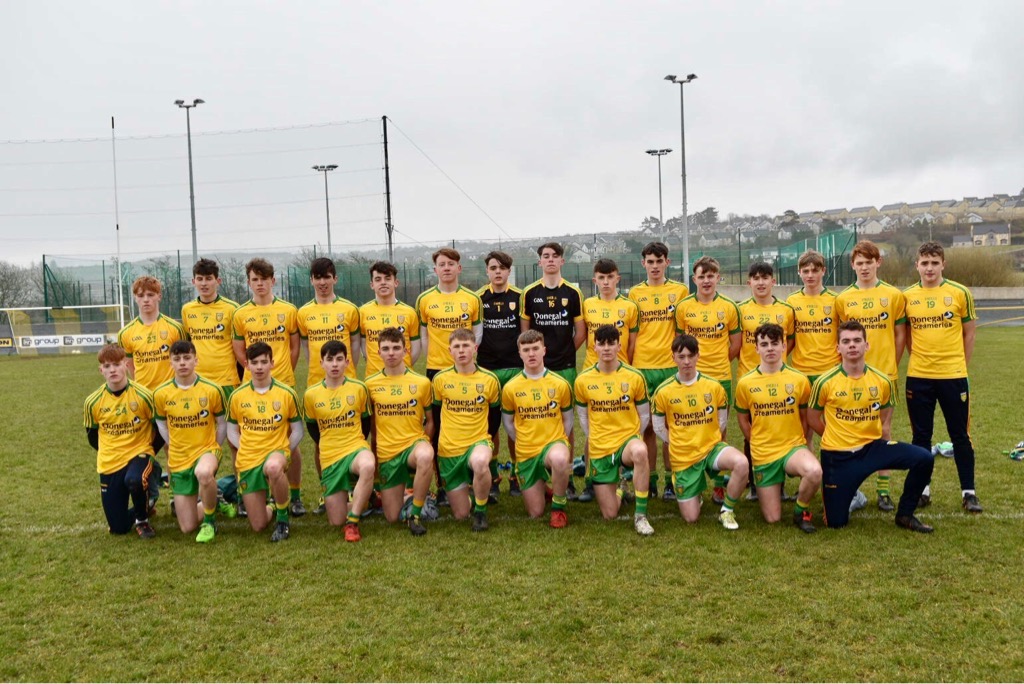 Donegal Under-16’s too strong for Armagh

Donegal under 16’s recorded another comfortable victory as they proved to strong for Armagh at the O’Donnell Park on Saturday morning.

The visitors got off to the better start with early points from Eoin Grimley and Caolan Reavey in the opening three minutes.

A minute later it could have been even better for the Armagh lads as a super move put Sean Mc Verry through and only a brillant save by Daithi Roberts denied him what had looked a certain goal.

Donegal finally got their act together and kicked five points in a row without reply between the 8th and 16th minutes. Eric Carr with two frees, Donal Mc Bride burst forward to kick a good score from play while Eoin Martin in the 15th minute and then Darragh Gallagher whose goalbound shot was deflected over by keeper Little also converted to leave it 0-05 to 0-02 to Donegal.

That dominance continued and the home side finally got the goal their play deserved when Eric Carr’s excellent vision put Jack Bradley clean through and he hammered the ball low past Little into the bottom corner to leave it 1-5 to 0-2 at the break.

The opening quarter of the second-half produced just three points, all by Donegal, midfielder Eoin Dowling kicked two of them from play and in between those fine scores Eric Carr added his third and first from play to leave it 1-8 to 0-2.

Armagh finally got their third point of the game after a 50-minute gap when Sean Mc Verry pointed from play but Donegal sub Luke Doherty replied immediately.  Another Donegal sub Shane Monaghan made it 1-10 to 0-3 in the 60th minute to complete the victory and give Rory Kavanagh’s lads their second win and an semi-final spot.