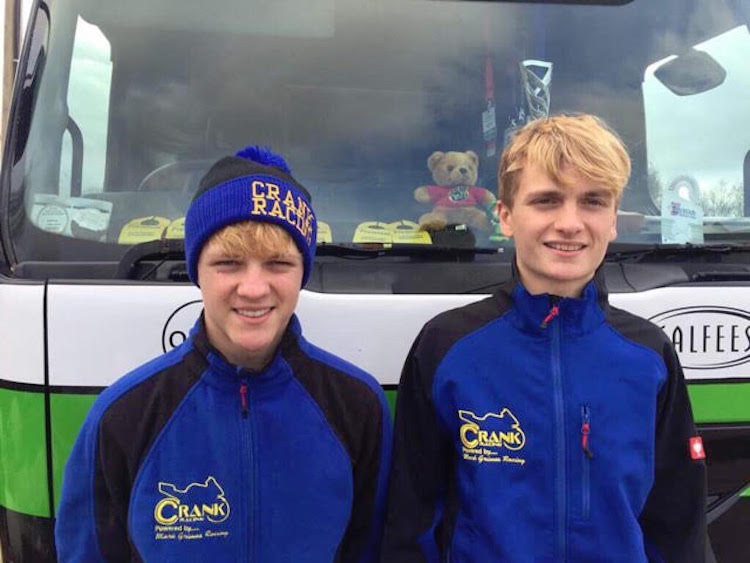 Irwin Racing made an impressive debut in the British National Superstock 600 Championship as the series kicked off at a very wet Donington Park at the weekend.

Beginning his first full season in the highly competitive category for standard 600cc machines, Caolán Irwin put in a brilliant performance in the race to climb from nineteenth on the starting grid to take tenth place at the flag and outstrip the teams expectations for their maiden weekend at the highest level of British Motorcycle Racing.

The weekend started very wet, which added an extra challenge for the team and rider who were having their first competitive outing with their brand new ‘Oasis Bar’ and ‘Clean Rubber’ backed Yamaha R6.

Following two wet practice sessions, qualifying was the first dry running and the first opportunity to find a dry weather set-up. The lack of a proven dry set up meant that the twenty year old struggled for pace and found himself starting nineteenth for the weekend’s only race.

The pressure on the newcomers was increased, when the race was moved at short notice to Saturday evening, instead of Sunday afternoon, due to concerns about the weather.

The change of schedule left the team even less time to sort their handling issues prior to the race, but they coped in fine fashion to give their rider a bike which was much more to his liking. Caolán then repaid the teams’ hard work by climbing from the seventh row of the grid to an unexpected top ten finish.

Speaking after his impressive opening performance Caolán said “It was a tough weekend’s racing for the opening event of the season. The cold and wet conditions made setting up my new bike, which is unfamiliar to me, unusually difficult.

“Free practice went well but technical issues saw me line up 19th on the grid. With hard work from my mechanics, Wesley and Ray, we made some set up changes which made it possible for me to get back on the pace of the frontrunners and fight my way to a top ten finish.

“I am absolutely delighted with my result as this is my rookie BSB season and I’m looking forward now to Brands Hatch in two weeks time. ”

Caolán Irwin will make a swift return to the British Superbike supporting championship when the series hits Brands Hatch for round two on April 13th & 14th. He will be joined at the Kent Track by team mate Rhys Irwin who will make his debut in the Moto3 Production Championship on his Motorcycling Ireland backed Honda.

Rhys Irwin underwent a testing first weekend in the all new British Talent Cup at Donington Park as the championship joined the British Superbike Championship for its 2018 season opener.

Despite a tough weekend the fifteen year old left the Derbyshire venue feeling confident having been third quickest in free practice before mechanical issues upset his championship debut.

The Talent Cup season had stated well for Irwin with testing in Valencia, at the start of March. Following a strong run at the unfamiliar Spanish track, he arrived at Donington Park circuit full of confidence and finished up fourth in the wet opening session, best of the riders with no previous Moto3 experience. The Kilmacrennan lad went one better in the second practice to finish in the top three and once again best of the Moto3 rookies.

Heading into qualifying Rhys was confident he could at least match his practice result but things started to go astray almost immediately. Having sat second in the opening laps he began to tumble down the order as a mechanical issue ruined his chance of a strong grid position, eventually finishing seventeenth.

With his problems rectified for the race, the only Republic of Ireland representative in the championship quickly moved through the field and was in the top ten and closing the gap to the leaders after just two laps.

Picking off places on the wet but drying track was treacherous and when Irwin was pushed wide as he tried to move into ninth place he put a wheel onto one of the slippery Donington kerbs resulting in a fall and the end of his race.

With a strong showing in practice and the early laps of race one the Donegal teenager was looking forward to making amends in race two but this fell foul of Monday’s teeming rain, as it was canceled, leaving him no chance to take a positive race result from the weekend.

“This was my first weekend with the British Talent Cup Road to MotoGP programme and it was an absolutely fabulous experience despite the demanding schedule.” said Rhys.

“During free practice I felt good and ended the session in P3 but qualifying didn’t go so well as I had technical issues which left me 17th on the grid for race 1. In the race I pushed through and was challenging for eighth when I ran onto a kerb and crashed out.

“Overall I am delighted with my pace, as I was one of least experienced riders there having never raced a Moto3 bike before. It’s a pity the weather spoiled it but with standing water on the track Dorna made the right decision to cancel Race 2.

“Now I can’t wait until the World Superbike Round where hopefully I can make the most of the pace I’ve shown.”