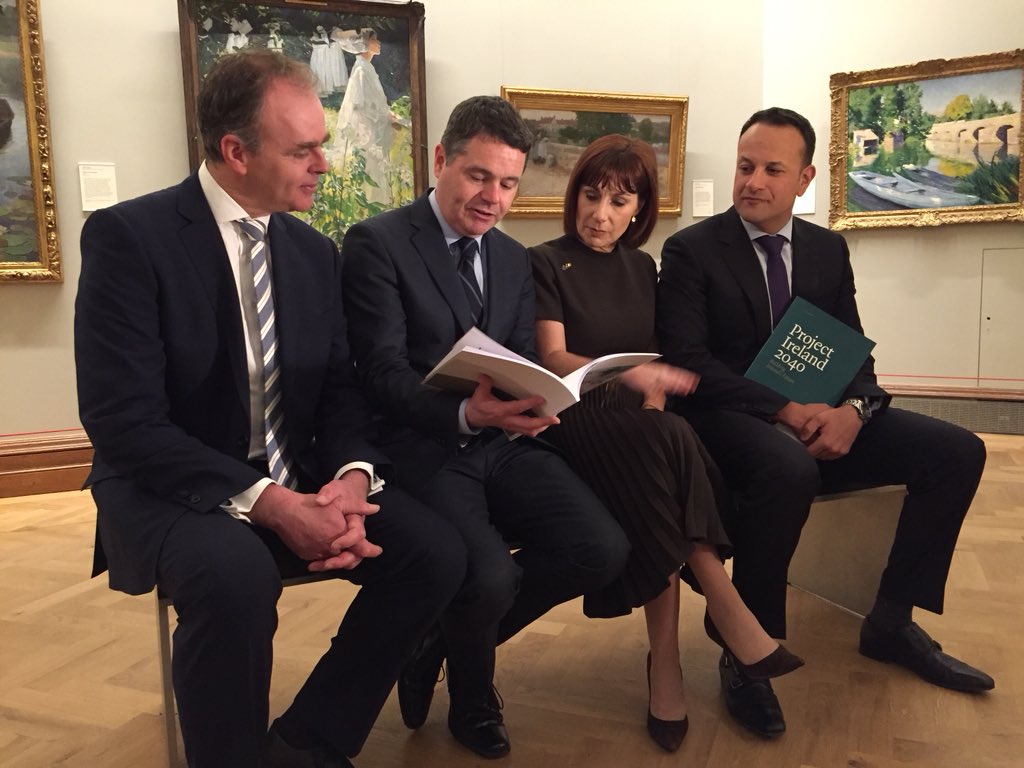 Donegal to benefit from €178M funding for Irish language, Gaeltacht and Islands

The long-term funding package will run over 10 years and includes investment for Údarás na Gaeltachta of €105 million to help drive employment in the Gaeltacht with targets of 1,000 new jobs to be created a year.

Some €33 million will be invested in the Gaeltacht Language Planning Process and €13 million invested in Irish Language Networks and Gaeltacht Service Towns like Letterkenny, Galway, Dingle, Donegal Town and Dungloe.

Another €27 million will be invested in island marine infrastructures.

Speaking at the launch of the Government’s Investing in Our Culture, Language and Heritage 2018-2027 in the National Gallery in Dublin, Mr McHugh said: “The responsibility lies with us all in keeping our language alive. The people with Irish in places like Connemara and Gaoth Dobhair have been doing this on a daily basis.

“So, whether you have a little bit or you’re fluent, use it. Use it every day. Learn one word a day or even one word a week.

“As the Taoiseach said, it’s part of our Oidhreacht (Heritage and Legacy) and we have to keep it alive for the next generation.”

Mr McHugh detailed the investment package and long-term plan at the launch which was also attended by An Taoiseach, Leo Varadkar, Minister for Culture, Heritage and the Gaeltacht Josepha Madigan and Minister for Finance & Public Expenditure and Reform Paschal Donohoe.

Flagship investments during the life of the plan include:

:: Development of strategic tourism facilities in the Gaeltacht, which will enhance the success of the Atlantic Atlantic Way, including facilities at Errigal, Fanad Lighthouse and Slieve League.

:: Language and childcare support facilities for Gaeltacht families in strategic locations with communities in Donegal Town, Dungloe and Letterkenny to benefit.

:: Upgrade works to be planned for a number of Irish Summer Colleges in the Gaeltacht, where more than 26,000 students attend each year.

:: Pier to be developed at Magheraroarty, including catering facilities for passengers on new services, and a new ferry to be designed and purpose built for Tory Island.

:: Tourism facilities planned for Ceantar na nOileain in Connemara, the completion of the Ionad na hEachleime on the Mullet peninsula in Mayo and the development of the Slí Chorca Dhuibhne walkway in Kerry.

:: The Marine Park in Kilcurry in Conamara will be developed, to promote industry growth.

:: New cooperative offices and community facilities will be built on Inis Meáin in the Aran Islands.

:: Development of an Irish Language and Culture networks to be facilitated throughout the country, with Loughrea, Ennis and Clondalkin, Dublin already identified. Approximately €4m will be set aside to develop an Irish and Culture Centre in Dublin city centre.

Mr McHugh said: “I believe today is the game changer for the cutbacks being over in terms of looking at the next 10 years where we will restore investment into the islands, the Gaeltacht and into our language. This is an historic day.”

Mr McHugh paid tribute to officials in the Department of Culture, Heritage and the Gaeltacht for their hard work in developing the long-term plan.

“We all have a responsibility to the future to develop the language, develop culture, develop heritage but also to keep it alive,” he said.

“We also have a responsibility toward the next generation. And I am very hopeful for the future. The people who have kept the language alive over the years, they are the people who will develop it.”