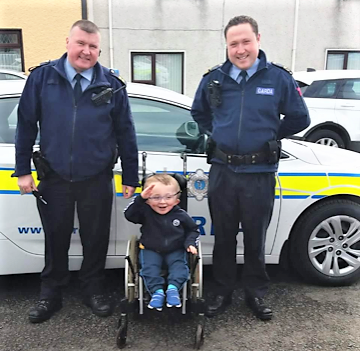 Little Garda Jack gets a surprise mission in the big city

Donegal’s youngest Garda officer has received an urgent notice that he is to report to duty on a high-profile operation this week.

Garda Jack Beattie, aged 7, was visited by Raphoe Gardai Tom McNally and Conor Molloy today after school to get the order that he is to visit the national Garda Headquarters in Dublin tomorrow.

The mission came as a surprise to Garda Jack, but with all his training so far this year, he will be ready to rise to the challenge. He just needed to perfect his salute before meeting the acting Commissioner!

Jack will make up an elite team of Little Blue Heroes from all over Ireland. They will get a tour of the station and inspect the Garda Band, Garda Dog Unit and Garda Mounted Unit. As a big fan of all things crime and punishment, this visit will be a dream day out for Jack and his family.

Garda Jack became an honorary member of the Letterkenny Garda unit in January 2018. He is Donegal’s first child to take part in the ‘Little Blue Hero’ charity initiative for children undergoing long-term medical treatment. Jack was born with Osteogenesis Imperfecta which is also known as Brittle Bone Disorder. Nothing stops the bright and witty schoolboy keeping law and order at home and around Letterkenny.

After going out on the beat in Letterkenny Shopping Centre and monitoring the St. Patrick’s Day Parade, Jack has gathered great experience ahead of his official HQ visit.

“It’s the stuff that dreams are made of,” said Garda Tina Fowley, who is one of the local officers who has had the privilege of welcoming Jack to the force. 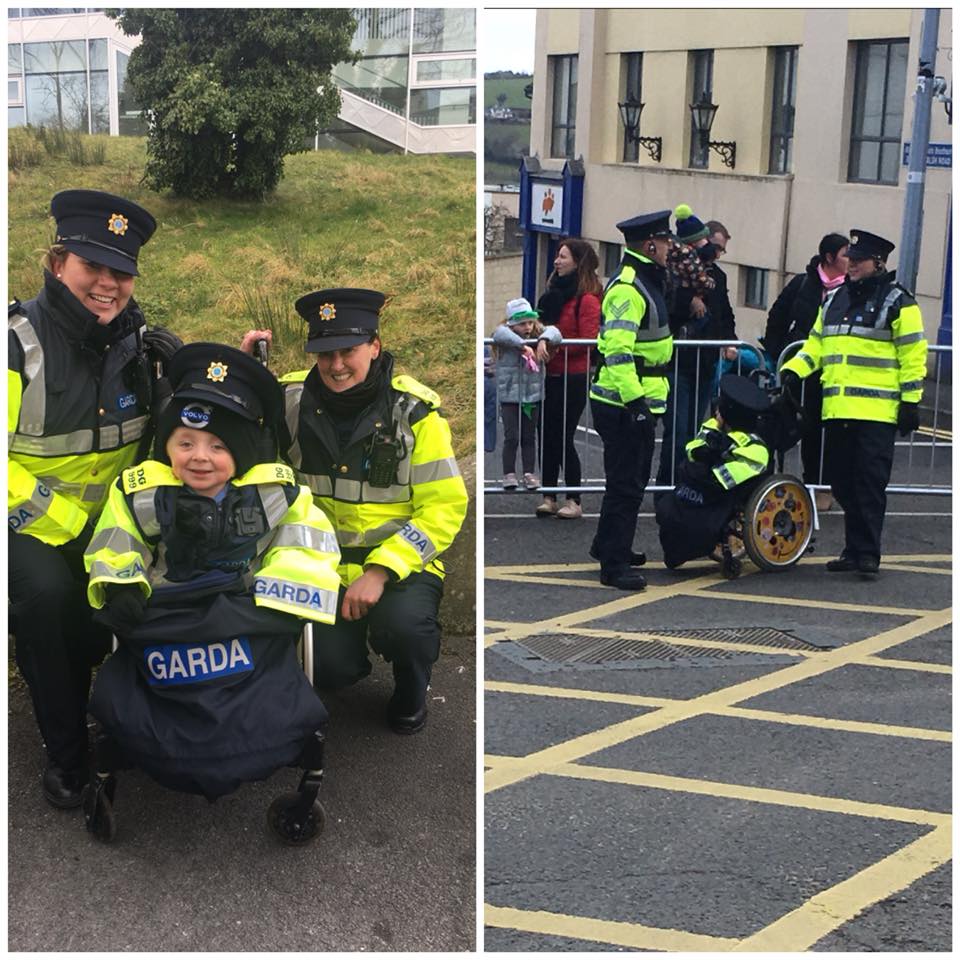 Garda Jack will be donning his official uniform again tomorrow for his visit to Dublin. We wish him the best of luck – and good luck to any baddies in the city!

Little Blue Heroes is a charity established by Garda staff which aims to support local Gardaí in providing financial assistance to families in need in their local communities who have children undergoing long-term medical treatment for critical illness. To find out more or to donate, visit www.littleblueheroes.org