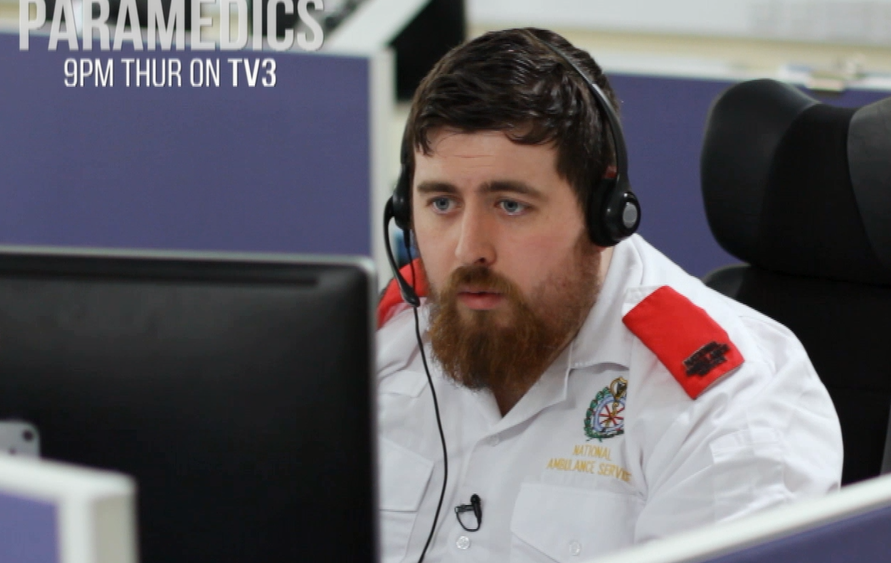 This week’s episode of Ireland’s Paramedics is set to feature Donegal call operators as they face urgent situations with expecting mothers.

The reality documentary series continues on Thursday 12th April at 9pm on TV3, when Donegal paramedics reveal the highs and lows of pre-hospital emergency care.

At the National Ambulance Service Emergency Operations Centre in Dublin and Donegal, 999 call takers face the difficult questions and the shock reality of talking expecting mothers and bystanders through delivering babies over the phone.

When one woman goes into labour in the middle of a supermarket, time is of the essence to safely deliver the baby.

Donegal viewers will be sure to see some familiar faces as cameras visit the men and women of the HSE National Ambulance Service call centre.

In the upcoming episode, crews also respond to an emergency call from a farm in the North East where a half tonne hay bale has fallen on top of a farmer in his tractor. In Cork, intermediate care crew Ritchie and Aoife are dispatched to an elderly man who is due to be transferred to hospital for a check-up, but on arrival, things are not as they seem.

From falls, trips and spills to time-critical medical emergencies, this episode of Ireland’s Paramedics is due to be full of tense and uplifting moments.