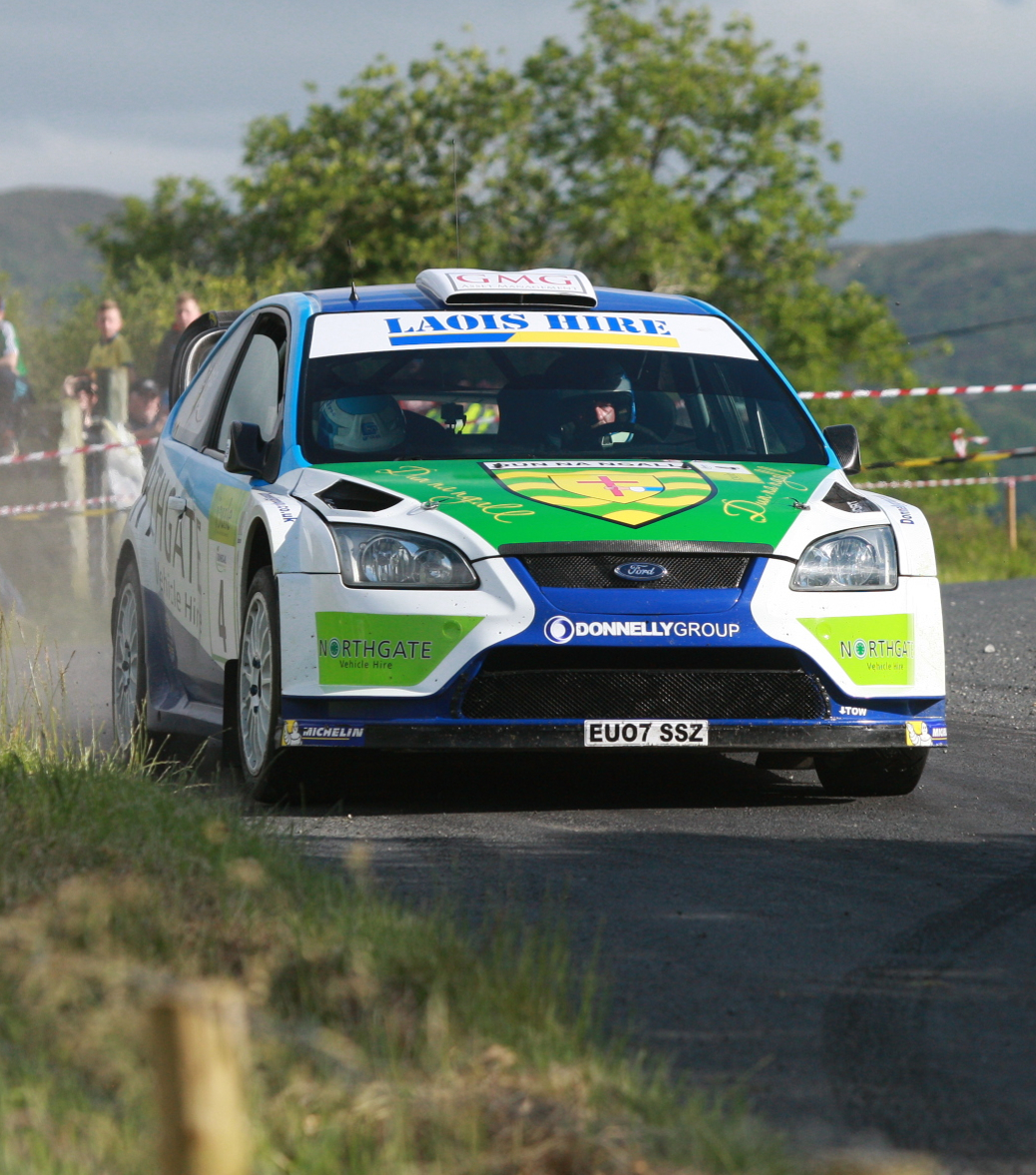 Donagh Kelly became the first non-Monaghan man since 2011 to win the Monaghan Stages Rally today after edging out Sam Moffett.

Not since Tim McNulty seven years ago has a man from outside Monaghan’s borders claimed a win in the event – but in-form Frosses man Kelly corked the champagne this evening. It’s now three-from-three for Kelly and Conor Foley in 2018.

Kelly and his co-driver, Monaghan native Foley, had 1.8 seconds to spare on Moffett.

Kelly, in the Ford Focus WRC, trailed Moffett by 18 seconds after the opening three stages. When they next rolled into service, Kelly was 10 seconds off Moffett – and the Donegal man powered over the final three stages as he chipped into the deficit.

In wet conditions, it was Moffett, in the R5 Fiesta, who took the early initiative, but the Monaghan native was pipped at the post by Kelly.

“It was some day,” Kelly beamed at the finish.

“The run around the last three was great. Conor gave me a big push – I couldn’t let him down on his home rally!”

Darragh Kelly sat alongside Shane Maguire as they won Group N in the Evo, finishing 14th in the overall standings.

Letterkenny navigator Johnny Baird called the notes for David Moffett in the Starlet as they finished seventh overall and took the class 13 win.