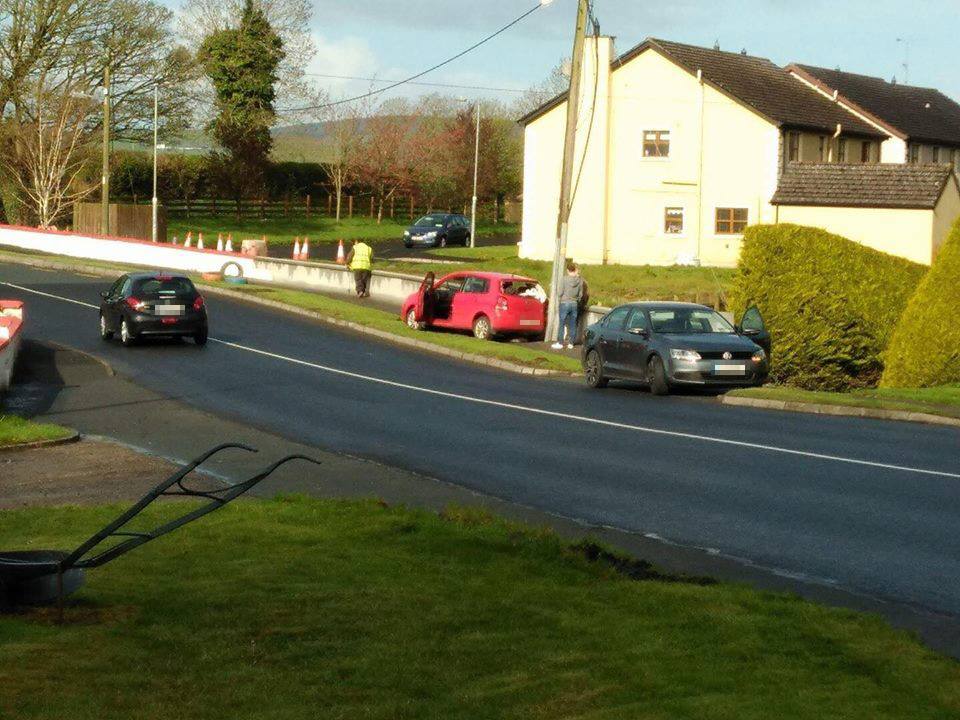 A motorist had a lucky escape this morning after the car in which he was driving crashed in Carrigans village.

The car left the road and came a halt as it veered towards a wall, which had just been rebuilt following a previous accident last year.

The road, on the approach to Carrigans village on the R236 from St Johnston, has become something of an accident black spot, as has a bend on the other side of Carrigans village near the popular Dunmore House.

Last autumn, local Councillor Paul Canning said that a ‘fatality is waiting to happen’ if the issue wasn’t addressed.

At the time, Councillor Canning called for speed calming measures, such as rumble strips, to be installed in Carrigans.

“The road isn’t able to take the speed that vehicles are traveling at,” he said.

Residents in Carrigans have become concerned at the high volume of accidents.