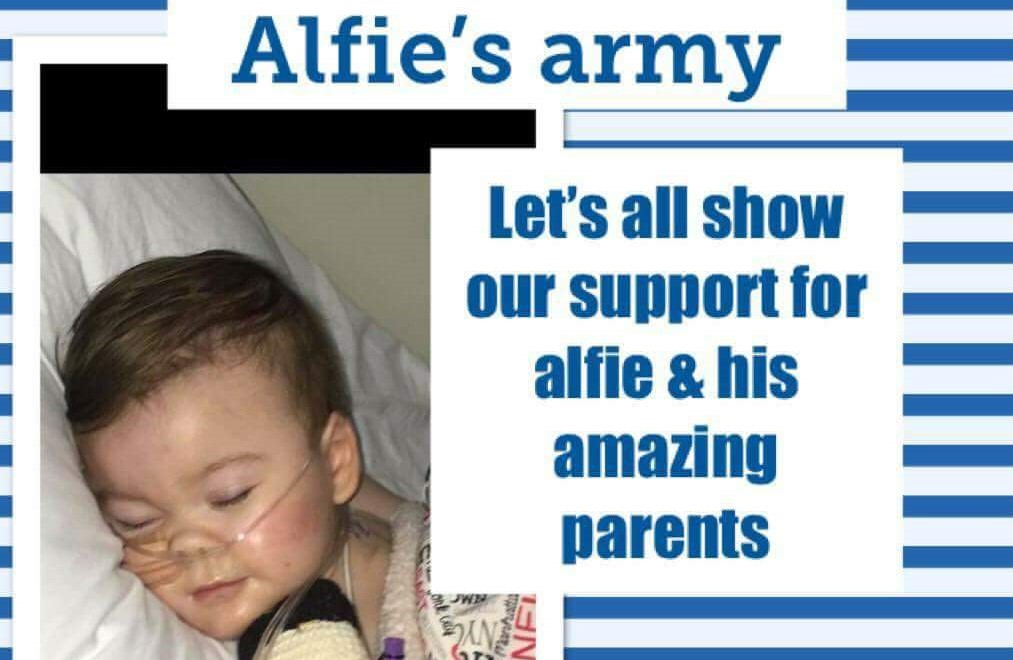 Prayer service for baby Alfie Evans to be held in Letterkenny

A special ceremony will be held in Letterkenny this evening by locals in support of baby Alfie Evans.

A prayer meeting and balloon release are planned for Market Square at 7pm on Friday 27th April to offer well wishes to the seriously ill British toddler.

The 23-month-old boy, who has a mystery degenerative brain disease, has had his life support switched off after his parents lost a series of legal battles against Alder Hey Hospital in Liverpool. The case has captured worldwide attention.

Letterkenny woman Mary Hutchinson has organised today’s vigil, which is expected to be led by a local priest. There will be music and all people are asked to bring blue balloons to release for Alfie.

“You would need a heart of stone not to be affected by Alife. He has a right to life and all we can do is offer prayers to him and family,” Mary said.

Prayer service for baby Alfie Evans to be held in Letterkenny was last modified: April 27th, 2018 by Rachel McLaughlin