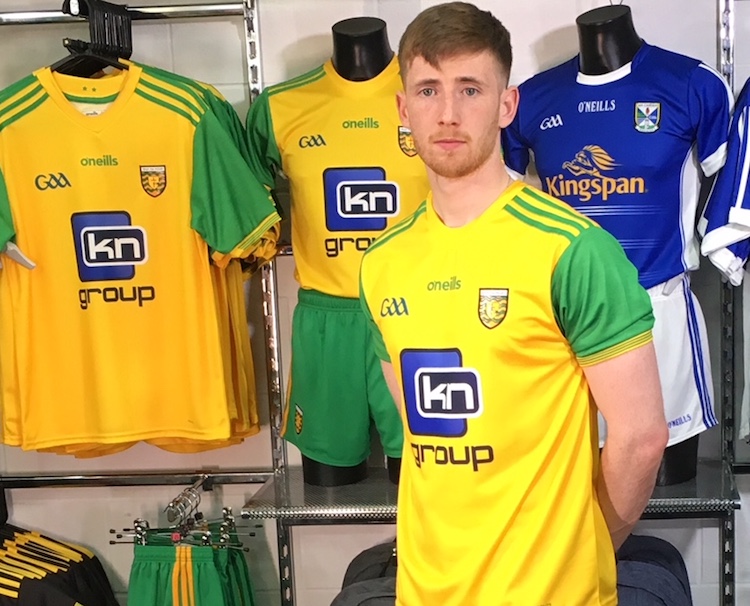 Listen: Shaun Patton ready for his Ulster bow after big change of codes

Shaun Patton has been no stranger to the big environment from his League of Ireland days – but the Letterkenny goalkeeper is now set to make his Ulster SFC bow for Donegal.

On Sunday-week, Donegal face Cavan in Ballybofey in a preliminary round clash and Patton, drafted into the squad by Declan Bonner in December, looks set to be handed the number 1 shirt.

Patton had made only brief cameos on the Gaelic football pitch for St Eunan’s in recent times, but Bonner saw something and managed to convince him to shelve his soccer career to throw his lot in with Donegal.

Patton had left Sligo Rovers, but with League champions Cork City among those knocking on his door, he had a lot to ponder.

“I weighed up every opportunity and every aspect of my life,” Patton said last night at the launch of the 2018 Ulster SFC at O’Neill’s in Strabane.

“I played soccer my whole life and It was a tough decision. I’ve made the right decision and I’m really enjoying myself at the minute.”

Patton has revealed how Bonner managed to convince him that he was doing the right thing.

He said: “I liked his vision, the environment and the expression he gave off to me. That gave me a good feel for the decision and it helped me make my decision.

“He let me know what he thought. Talking to Declan and the positive vibes he gave me really helped.”

Patton had previously been on the books at Finn Harps and Derry City. Playing for Donegal wasn’t on the radar until Bonner called.

And Patton has been taken by the levels of the Donegal squad.

He said: “I’ve never seen men like it. The personal drive is outstanding. The attitude in the team, everyone is together.