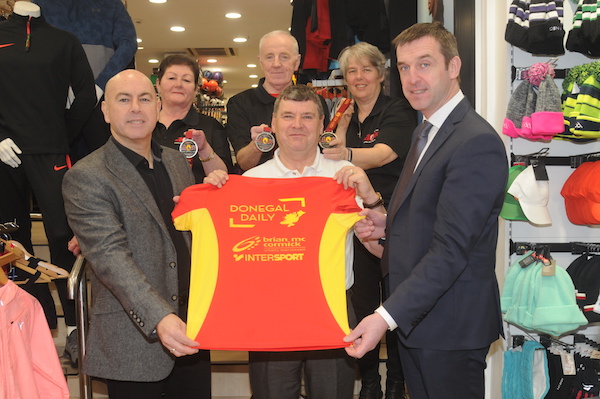 Final entries are now being taken for the 22nd Northwest 10k with another big turnout expected for Sunday’s charity run and walk in Letterkenny.

With the forecast for a bright, sunny day, organisers are hopeful that a bumper crowd for this year’s event.

Registrations can be made on-line at www.northwest10k.com. Entries will also be taken at Letterkenny Community Centre on this Thursday and Friday evenings from 5-7 p.m. and on Saturday between 3 and 6 p.m. On Sunday morning registrations will be taken from 11 a.m. and closing at 1 p.m. sharp.

The course was changed last year and it’s the same route again with runners and walkers starting on the Pearse Road heading in the direction of the Tesco Roundabout and out the Port Road.

Jimmy Harte will officially get the runners and walkers on their way in the 22nd North West 10k, which starts at 2pm sharp.

Diabetes Ireland and the Breastcare Northwest are the two chosen charities this year.

A medallion has been introduced for the first time and that will be presented to the first 1,500 entrants over the finish line at Letterkenny Community Centre on Sunday afternoon.

The 10k t-shirts will go to ALL those who have registered for the run and walk.

Meanwhile, the organizers are also asking the public to be aware that there will be some traffic disruption for a short period during Sunday’s event. Motorists are asked to cooperate with the Gardai and marshals to ensue that the charity event passes of safely for everyone.

“We have a busy weekend ahead of us now and hopefully the weather will be kind to us on Sunday especially for the families and walkers that are thinking about doing the 10k. We have two very worthy charities in Diabetes Ireland and Breastcare North West who have worked extremely hard with us in trying to raise as much funds as possible. I would appeal to the public to come out in big numbers on Sunday and support them.

“We would also ask people to still register on-line at www.northwest10k.com. We will also take entries on this Thursday and Friday evenings and Saturday afternoon.

“There will be some traffic disruption for something over an hour from 2.00 on Sunday so I would ask motorists to be patient and cooperate with the Gardai and stewards. We all want a safe event for the runners and walkers.

“I would like to thank Sergeant Eunan Walsh and his colleagues for their advice and continued support with traffic management and the safety of the runners and walkers.

“We would not be able to host the Northwest 10k without the backing of our joint sponsors Brian McCormick Sports and DonegalDaily.com. So again a big thank you to Brian McCormick and Stephen Maguire.”

Sun to shine as final entries being called for North West 10k was last modified: May 2nd, 2018 by Stephen Maguire