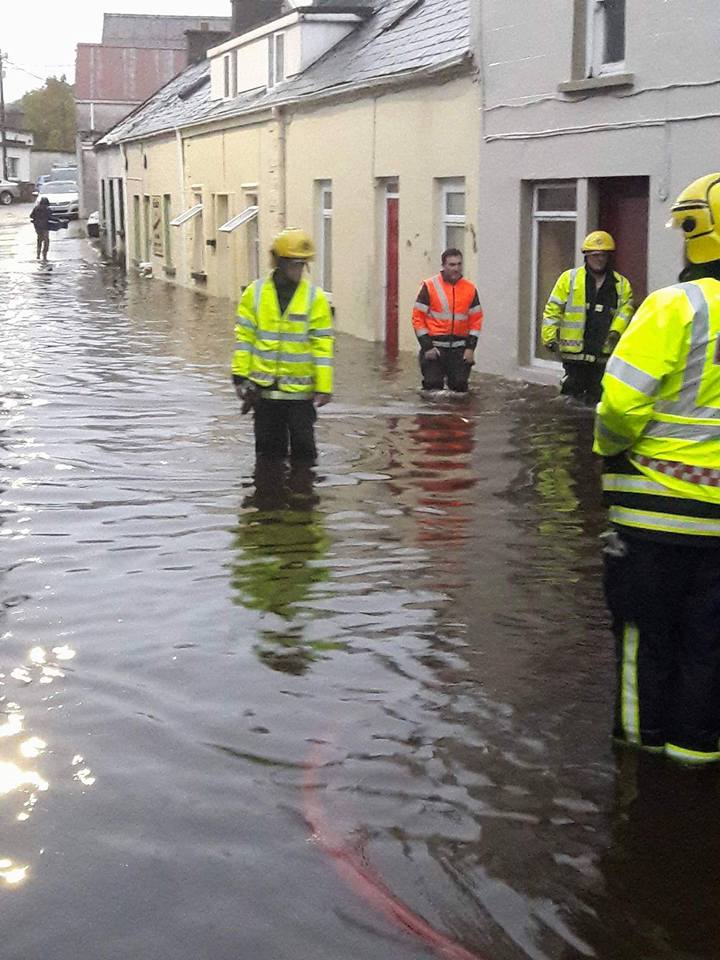 Donegal TD Joe McHugh has announced a programme of works worth almost €6million to protect Lifford from floods.

The scheme is the first in a number of flood relief measures for Donegal as part of the CFram (Catchment Flood Risk Assessment and Management) programme being launched today by the Office of Public Works (OPW).

Mr McHugh, Government Chief Whip and Minister for the Irish language, the Gaeltacht and the Islands, said today’s CFram announcement is the culmination of detailed work going back to 2012 when 300 communities around the country were initially identified as being most likely to be impacted by flooding.

“This €5.94million investment in much-needed flood relief infrastructure in Lifford is just one step in the Government’s long term plan to protect communities in at-risk areas.

“And this Government is committed to completing more relief works for other parts of the county.

“For years the country’s finances were in too dire a state to make significant investment in infrastructure like this but thanks to the initiatives and prudent planning pursued by this Government we have turned a corner and we can now making the much-needed funding available.

“I witnessed on a number of occasions in the last few years the life-changing impact that floods have on families, businesses and communities, including the unprecedented devastation wreaked across Inishowen last August.”

Mr McHugh said years of painstaking engineering research and analysis has gone into this stage of the CFram plan in order to progress this initial programme of works.

But he added that he wanted to assure other communities that the work does not end there.

“I am extremely conscious that there are a number of smaller scale relief programmes that we need to progress in Donegal and I will have further discussions with the Office of Public Works on those plans.

“As part of today’s announcement the Government is increasing funding for the Minor Works Scheme to €5million to ensure local flood problems can be tackled and the Government is seeking more submissions from Donegal County Council on proposed smaller scale relief works.

“The €5.94million Lifford scheme will now immediately move to the design, planning and construction phases with the intention that the project be fast-tracked.

“These schemes will provide valuable jobs for local construction workers, civil engineers, sub-contractors, plant hire businesses, quarries and other suppliers to the construction industry. This will keep workers from Donegal in Donegal and it will be an important boost to the local economy.”

Outlines of the proposed flood relief works for Lifford are being published online at floodinfo.ie.

Minister McHugh added: “Lifford is just one of a number of flood relief schemes in Donegal which are being examined by experts in the Office of Public Works.

“While the major relief programme for Burnfoot is not included in this section of the nationwide CFram plan, I understand that experts in the Office of Public Works are continuing to analyse the best options on a scheme to minimise flood risk there and they have been on site with Donegal County Council in recent weeks.

“I expect that an announcement on a programme of works for Burnfoot will be made separately in the next four weeks.”

Three other smaller scale flood relief projects for Donegal have also been included in the CFram programme.

CFram Catchment Flood Risk Assessment and Management programme began in Ireland in 2011. It is central to the long-term strategy for the reduction and management of flood risk in Ireland.

The programme began with the identification of 300 communities in 2012 that were, at that time, considered most likely to be impacted by future flooding. It studied 80% of properties at risk from our primary cause of flooding in communities that house almost two thirds of the country’s population.

Some €14 million is also being made available to 19 local authorities to lead on delivery of 31 of these schemes, each estimated to cost less than €1 million.

Nine major flood relief schemes are under construction and another 24 are at design/development stage.

The CFram programme is being carried out in parallel with similar programmes across the European Union.

The OPW is the lead agency for flood risk management and works in close partnership with Donegal County Council to deliver the objectives of the CFram Programme.

The Programme is also being undertaken with close cross-border coordination.