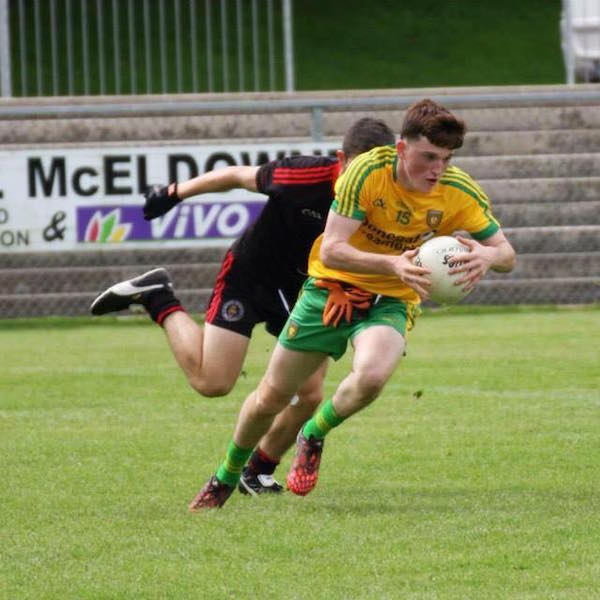 Letterkenny teen O’Donnell could get Championship chance with Donegal seniors

Declan Bonner has confirmed that Letterkenny teenager Niall O’Donnell will be part of the Donegal senior squad this summer.

O’Donnell played a part in all seven of Donegal’s Allianz League games this year and will be vying for inclusion in the Championship campaign.

That means that the St Eunan’s forward won’t be part of the Donegal Under-20s squad for their Championship, which begins at the end of May.

“He will, yeah, absolutely,” Bonner said when asked about O’Donnell’s inclusion at a press conference today in the Villa Rose Hotel, Ballybofey.

Bonner said he had discussed the situation with the Donegal U20s manager, Gary McDaid.

Cloughaneely midfielder Jason McGee, who had played senior championship football with Donegal in 2017, has already opted to play for the U20s this year.

Peadar Mogan, Enda McCormack and Mark Curran, who had been in training with the seniors, have also gone to the U20s.

O’Donnell, though, could now feature in Sunday against Cavan.

Bonner said of the Maynooth University student: “Niall is a quality player. He is firmly a part of the group.”

O’Donnell came on as a substitute in the League games against Kerry, Galway, Dublin and Kildare, scoring a point in the win over Kildare.

He started the games against Monaghan and Mayo having played the final seven minutes against Tyrone.

O’Donnell also played a key part of Donegal’s successful Dr McKenna Cup campaign, coming on after 25 minutes of the final against Tyrone and scoring three points.