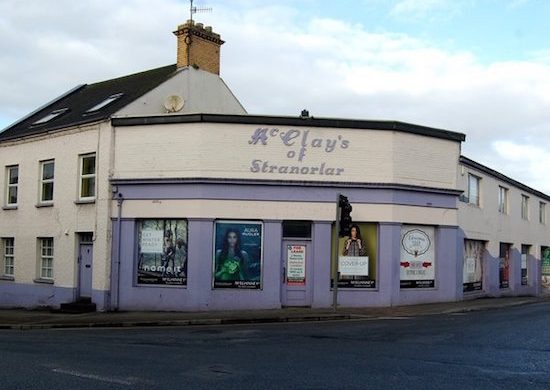 The Twin Towns of Ballybofey and Stranorlar have been given a boost following the sale of one of its most iconic sites.

The outlet at McClay’s Corner has been on sale for a number of months.

But estate agent Boyd Robinson, of Charlie Robinson Estate Agents confirmed today that the property has been sold.

Mr Robinson said he was not in a position to disclose who the new owner is.

However, it is hoped the prime property will now lend itself to becoming another commercial centre.

The property boasts 8 large display windows fronting onto one of the best trading positions in the Twin Towns while inside there is a generous retail area of 5200 sq ft spread over 2 floors and storage space to the rear.