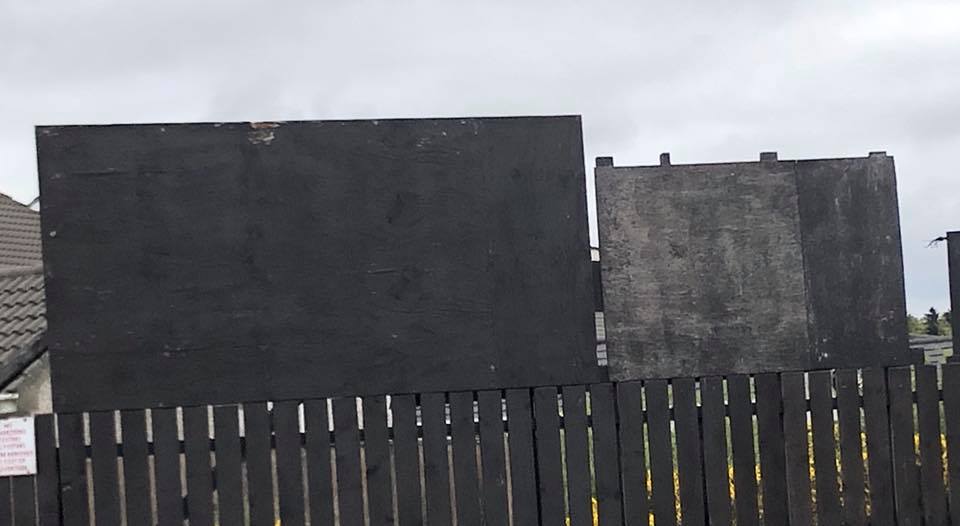 An advertising billboard in Buncrana has been taken down after widespread objection from the community this past weekend.

Much debate surrounded the new Libertys Nightclub advertisement, which was taken down this Monday morning after being slammed as ‘offensive to women’.

The billboard and Facebook advert was a golf-themed ad depicting a woman’s behind with the saying “Your 19th hole for the summer”.

Senator Pádraig Mac Lochlainn had called for the sign to be taken down yesterday as a show of respect for the community of Buncrana. He thanked the management of Libertys for removing the offending advert today and called on all men to step up and show respect for all women.

Speaking to Donegal Daily, Senator Mac Lochlainn said: “This is a debate we need to have. The #MeToo movement and the Belfast trial have prompted a lot of women to demand respect.

“I’m pleased with the women of Donegal who opposed this sign. #MeToo is an international movement now, I think women have been awakened, and I was surprised by the response and proud of local women who made it clear what they thought.”

Senator Mac Lochlainn said the divide in opinion over the poster has raised an important debate.

“You can see how angry women were about this issue. However, a lot of men, mostly younger men, thought it was good craic and a good laugh.”

“I always say to men that you should treat all women as they are your wife, mother, daughter or sister. To me, being a real man is respecting a woman.”

He added that this advert ‘crossed the line’ in terms of decency in the public setting. As of noon today, the image remains on the Club Libertys Facebook page.

“I think they should take it down off their Facebook too. To me, that’s their own space, but the whole of our community could see the billboard. The people who aren’t following them on Facebook in our community and our women were driving and walking past this image.”

Senator Mac Lochlainn said the issue has highlighted a debate that must continue. “I was pleased to see the amount of men showing solidarity with women and speaking to other men about respect.

“As a father and as a man, I’m saying that all men need to step up, I think real men should show respect to women around them.”