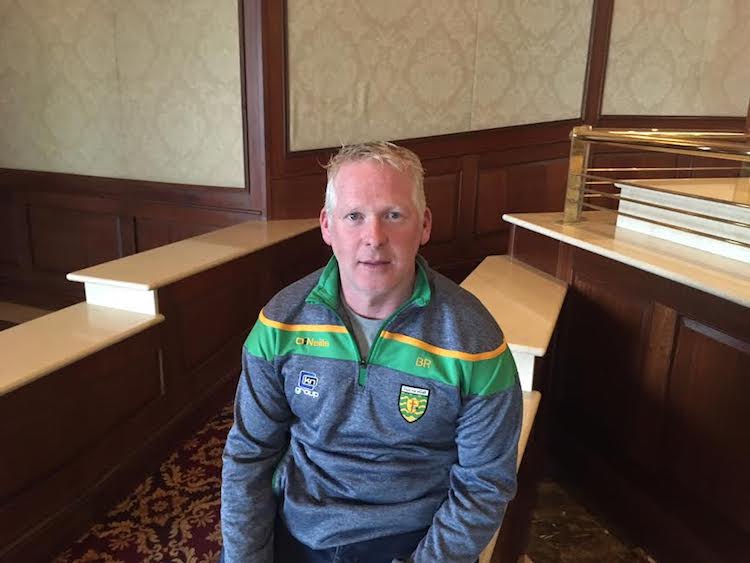 Listen: “Are they training just as hard as we were?” – Donegal legend Brian Roper

Brian Roper doesn’t buy totally into the argument that the modern Gaelic footballer is operating at levels way above and beyond those he experience.

The Aodh Ruadh man played 159 times for Donegal until his retirement in 2009. An Ulster U21 winner with Donegal in 1995, he is now part of the backroom team with the Donegal U20s.

“Are they training just as hard as we were?” Roper wondered.

“Back when I was playing I was training four or five nights. People weren’t making big notices about it compared to now. Now, it’s all about how many nights are they doing? We might have been doing one or two nights with the county, but we were doing three on our own.”

Roper was brought on board by Donegal U20 manager Gary McDaid for this, the inaugural U20 campaign.

It’s do-or-die with no back door in this competition.

Roper said: “Does that add pressure or do they thrive on it?

“Gary rang me to see if I’d come on board. I was interested. It’s a huge commitment. We agreed and I’m enjoying it.”

Listen: “Are they training just as hard as we were?” – Donegal legend Brian Roper was last modified: May 24th, 2018 by Chris McNulty
Tags:
2018 Ulster U20 ChampionshipAodh RuadhBallyshannonBrian RoperCavanGary McDaid