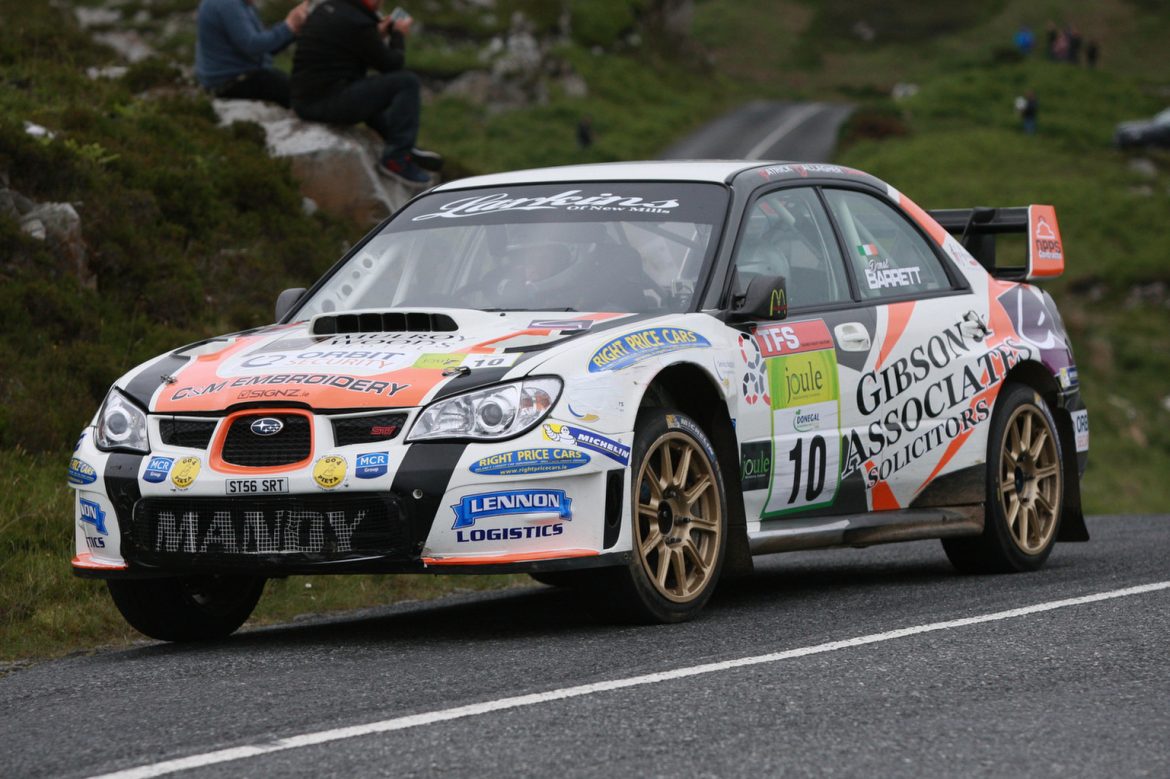 The 2018 Joule Donegal International Rally will be launched tonight – and the top 20 entries revealed to the public for the first time.

What is for certain now is that the WRC Impreza of Manus Kelly and Donall Barrett will bear the number 1 sticker for the second successive year.

The defending champions are back in search of three-in-a-row across the famous Donegal tar next month and will be the number 1 seeds. Kelly and Barrett recently won the Rally of the Lakes in their first run out in the Melvyn Evans-hired Impreza since their second Donegal International Rally win last summer.

The likes of Donagh Kelly, who has had a fine start to 2018, and Declan Boyle will be among the local crews keen to make a big push this time around and the entry list is expected to show once more just why Donegal is the jewel in the Irish Tarmac Rally calendar.

The Moffetts, Sam and Josh, Desi Henry and Eugene Donnelly will all be among those to roll off the start ramp on the Port Road on June 15th.

The national entry list, too, will be hotly anticipated with Damien Gallagher and Mac Walsh back again to defend that title.

But, as always, there will come stern challenges from all the locals and the not-so-locals in what will again be a fire cracking contest.

The Joule Donegal International Rally takes place from June15-17 next.

The Donegal Rally is Ireland’s last remaining three day rally and is regarded as one of the best events on the motorsport calendar by competitors and spectators alike.

Excitement rises as 2018 Joule Donegal International Rally to be launched tonight was last modified: May 25th, 2018 by Chris McNulty