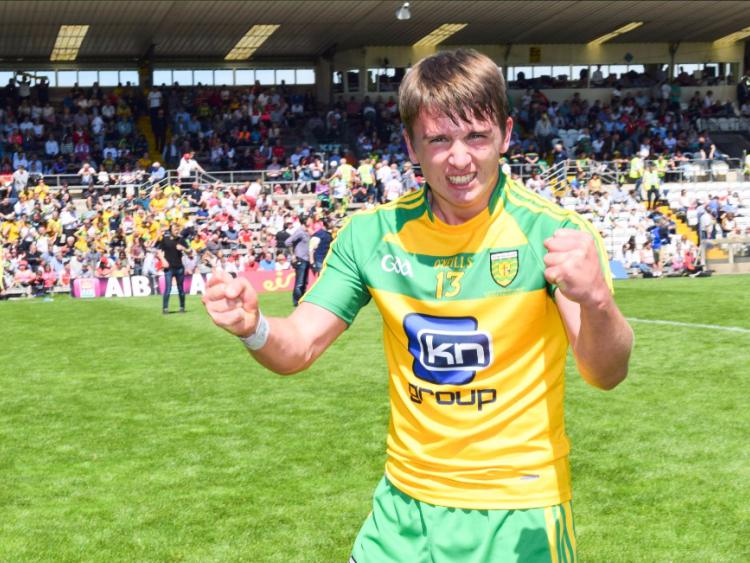 Donegal U-20s in good shape ahead of Cavan clash

Donegal U-20s will embark on the start of a new campaign this Sunday when they meet Cavan in Celtic Park.

Gary McDaid will take charge of the side in the curtain raiser to the senior game. Much is expected of this Donegal side who won an Ulster Championship at minor level just two years ago.

Although there has been many additions and exclusions from that panel since, the spine of the team remains in good shape.

Gavin Mulreany is on the panel once again, the St Naul’s man proved to be a steady set of hands two years ago and much of the same will be expected from him. Seaghan Ferry and Mark Curran will return to the defence line with both of them very much experienced in a county jersey.

Jason McGee will be expected to dominate the midfield battle. The Cloughaneely man could almost be viewed as a veteran on this side given that he has featured in senior and U-21 teams in the past.

Odhran McFadden has played quite a lot of his recent football for Gweedore around the middle sector and he could well be the man to partner McGee in the centre.

Enda McCormick and Shane McGrath will be tasked with providing ammunition up front. Both are accurate forwards and could well be vital to the side on the day.

Peadar Mogan had a vital role for this team two years ago playing from deep, it’s yet to be seen where he will tog out this year but the club teammate of Mulreany can be very effective as a sweeper.

Speaking at the press conference for the game on Sunday, assistant manager Francie Friel stated that he was happy with how things have panned out so far.

“Preparations have gone well, we’re in now to the ‘knitty gritty’, all the works done and we’re looking forward to the game, we have a good mix there of young and old.”

Friel admitted that it wasn’t easy to work around getting everyone available for training with a lot of the squad having to balance studies as well as football.

“It’s not ideal for the competition with third level students doing exams and now the leaving cert is coming up. We tried to get as many boys together as we could.”

A lot has been made of the change from U-21 to U-20 with some slating the idea. It will probably be a boost to the players in terms of the fact that there will be less of a jump from minors to this age group.

“Minors is minors, the difference between 18 year old and a 20 year old is a big jump but we feel we have a group of players that will be able to make that jump.”

Although Friel has been happy with the levels of training that his side has put in he admits that he knows very little about Cavan. The lack of a league campaign means that they will have no video analysis of the opposition to work on.

“Trying to get a bit of information on them and that’s the tough thing, but they’ll struggle to get information on us as well, so it’s a hard world.”

Friel concluded by saying that the side will look to play a good brand of football, but that the most important thing on the behalf of him and Gary McDaid is to taste victory.

“We have very good technical players but we have to be hard to beat, we’re trying to get a bit of a mix so we’ll want to be good on the eye as well as being hard to beat.

“Deep down we’ll be looking to get to an Ulster Final.”

Throw in on Sunday is at 2 o’clock with the clash expected to be a good opener to the senior game.