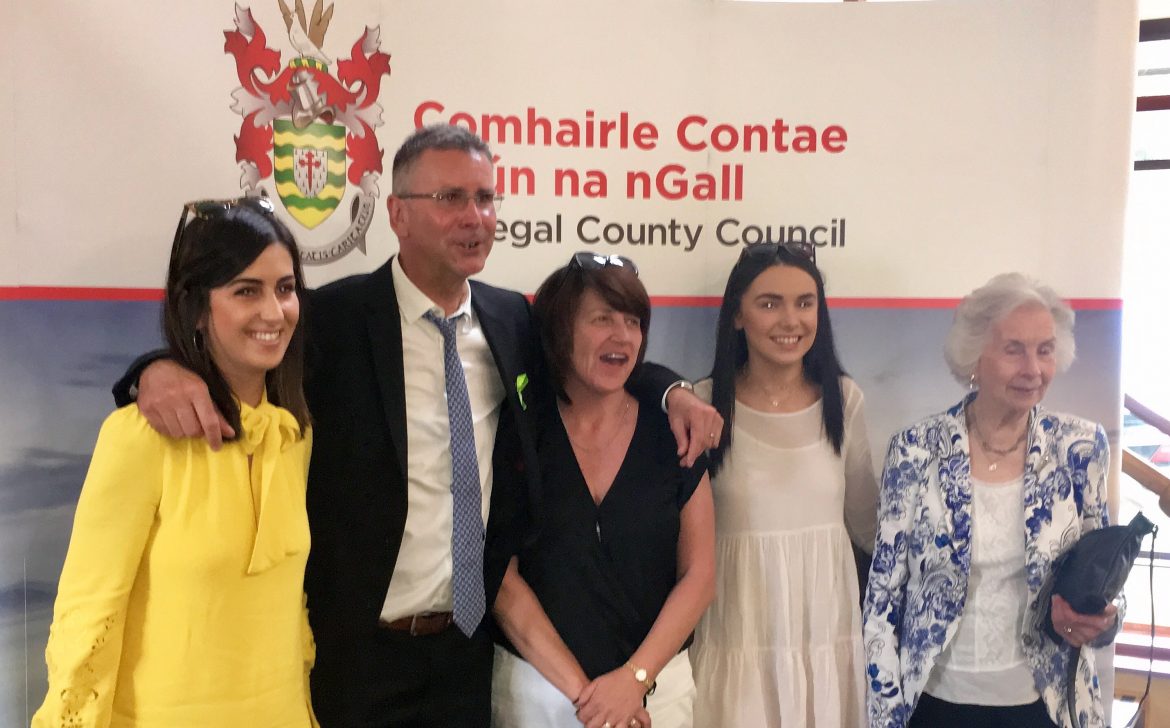 There were tears, laughter and great memories shared when Cllr John Ryan had his final meeting today before his retirement from Donegal County Council.

The Inishowen MD Councillor and Fine Gael party member has served a local representative for nine years. The Burnfoot businessman will leave the council to focus on his milk delivery business, a decision he said was made with a heavy heart.

John was joined by his family at the Lifford Council Offices today, where many tributes were made to the popular councillor.

Cllr Ryan said a heartfelt thank you to all his fellow Councillors and the senior management panel for their support and friendship over the years. He said he enjoyed every day of his time in the council and will miss public life, but he was assured that he made the right decision.

Cllr Ryan said: “It is with a heavy heart, it’s been difficult but I know I’ve made the right decision. I feel you cannot be serving to two masters. I know I’ve made a good business that I have worked hard to build over the years and unfortunately I need to devote my entire time to that as all businesses do in today’s economic environment.

“To be an effective and efficient County Councillor one must also devote their time to the role that one is honoured to hold.

“It is an immense honour to hold this position and without support of the many people who put their trust in me, and for whom I am eternally grateful for, I wouldn’t be here.”

Cllr Ryan shared his pride in his three children, Michael, Sara and Eimear, and thanked his wife Siobhan and mother Pauline for their support. 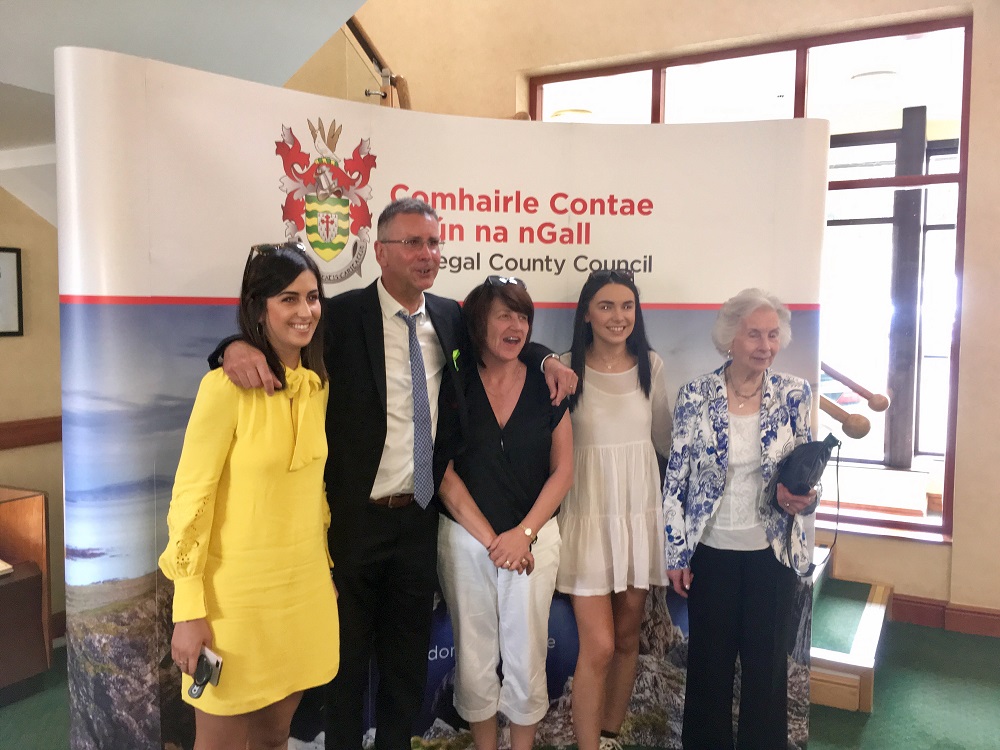 Cllr Ryan gave a special thanks to his friend and mentor Cllr Bernard McGuinness.

“He made my journey a lot easier over the years,” Cllr Ryan said. “I suppose especially in my early days in here, when the confidence wasn’t there and I was like a mouse sitting in that old chamber.”

Cllr Ryan spoke of his first days in the council when he would not turn on the microphone out of a lack of confidence. As a teenager, he suffered a traumatic experience following a serious accident, which had a lasting effect on him, he explained:

“I think that issue stemmed from something, maybe something subconsciously happened inside my brain at that stage. From that day to this I suffered with speech issues and speech stoppages.

“As time went on I was able to get around it and deal with it. A lot of people wouldn’t even know I have it today,” he said.

Cllr Ryan added: “Everybody has their issues in life to deal with, and this is one thing that I can say that the whole aspect of public life has made me a better person.”

As he overcame challenges in politics, he acknowledged that problems remain for Donegal people in business after the recession, Cllr Ryan said:

“As far as the business sector is concerned, I urge caution. I think our economy is experiencing a slight correction at present. We don’t have the same place to fall as we were before but certainly things have tightened again this year.”

Cllr Ryan shared a positive outlook for Ireland’s political future, saying: “I am convinced that this is the best little country in the world.

“Friday’s result in the referendum and the previous marriage referendum are indicators that we have an extremely educated young generation who are well placed to continue the growth in this country and we have a bright future.”

Bernard McGuinness, on behalf of the Fine Gael party, thanked John for his loyalty and support down through the years.

Cllr McGuinness spoke of the 2009 Local Elections, when support for the party was at an all time low as the country went into a serious recession.

Cllr McGuinness said: “It is a measure of the man who survived that election, because there were many others from Malin Head to Mizen head did not in our party.

“John is a great Councillor, and that is a view that is shared by everybody, cross-party divides, all people in all directions.”

Cllr McGuinness paid tribute to Cllr Ryan’s honesty, business acumen and respect for his family when he made his decision to leave the council.

“I don’t think anybody has a slight idea of the commitment and difficulty is it to be a public representative and also be involved in business.

“John gave his all for nine years, he had a full commitment to the people he represented and to be of aid to others who came to him for advice,” he said.

Cllr McGuinness, Councillors representing all parties and Independents praised Cllr Ryan’s hard work and his decision to retire. He was fondly celebrated as a great colleague across all parties.

Cathaoirleach of Donegal County Council Gerry McMonagle said: “Thank you for your contribution to politics in the county.”

Cllr McMonagle commended Cllr Ryan on the brave decision he made for his business, adding, “I hope it goes from strength to strength.”

A fond farewell as John Ryan retires from Donegal County Council was last modified: May 30th, 2018 by Rachel McLaughlin