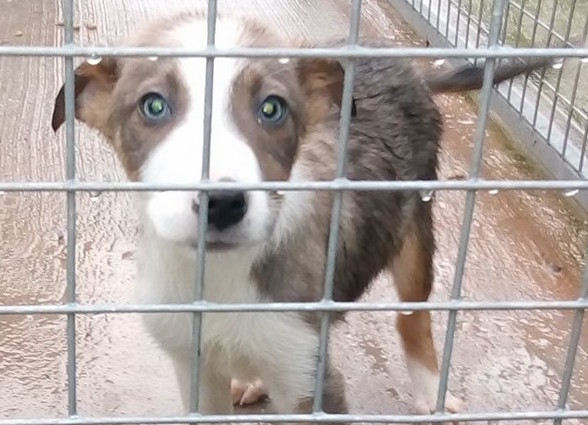 Major drop in number of dogs ending up in Donegal Pound

There has been an improvement in the number of dogs ending up in the Pound in Donegal, according to the latest statistics released by the Department of Rural and Community Development.

Of the dogs arriving in Letterkenny Pound in 2017, 54 dogs were reclaimed, 70 were rehomed and 284 dogs were taken out of the Pound by a voluntary rescue, in this case, mostly by Animals In Need Donegal, in association with The Dogs Trust.

An Animals In Need spokesperson explained ‘One of our volunteers goes up to the Letterkenny Pound every week, sometimes twice weekly if there are young pups in there, and takes out all the dogs that have done their statutory 5 days in there and haven’t been claimed or offered a home.’

By law, dogs can be put down after 5 days if they are not claimed or adopted.

The dogs rescued by Animals In Need are then placed in foster homes until they are adopted or receive their Pet Passports which allow them to travel overseas to approved rehoming sanctuaries.

Animals In Need said ‘It is encouraging to see the continued improvement in the figures but we still have a way to go.’

The charity said ‘We would like to thank The Dogs Trust for their invaluable assistance in recent times plus the continued co-operation of the County Vet and the Pound staff is much appreciated.’

The spokesperson continued ‘Despite the improved Pound figures, last year was our busiest year to date, with almost a thousand animals rescued, with hundreds of dogs surrendered directly to us by their owners in addition to the Pound dogs plus hundreds of cats and kittens were rescued and rehomed.’

When Animals In Need formed 12 years ago, more than a thousand Pound dogs were put down in Donegal annually.

Thanks to the hard work and dedication of the unpaid volunteers, those dark days are hopefully behind us, although the charity faced closure last year when their rickety old van bit the dust and they had to launch a fundraising appeal for a new van in which to transport the rescued dogs.

Animals in Need said ‘We would like to take this opportunity to again thank everyone who donated towards our new van. As you can see, the new van is being put to good use and without it these figures could be telling a very different story.’

For further information on Animals In Need Donegal, please see their Facebook page at https://www.facebook.com/AINDONEGAL/at or website http://www.animalsinneeddonegal.com. Animals In Need is a Registered Charity Number

Major drop in number of dogs ending up in Donegal Pound was last modified: May 30th, 2018 by Stephen Maguire
Tags:
animals in needcaredogsdonegalPound