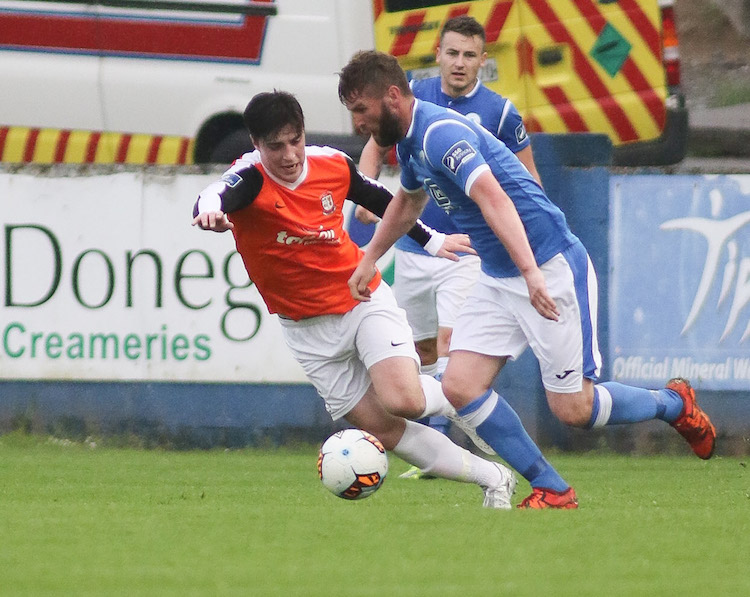 New signing place and youngster McGinley completed the rout after Jesse Devers and Ciaran O’Connor netted either side of half-time to move Harps back into the top four.

Harps hit the front two minutes into added time at the end of the first half when Paddy McCourt’s cross was fired home by Devers.

Four minutes into the second half, Harps added a super second. McCourt and Devers did the hard graft to create the opening for Ciaran Coll, who whipped the perfect ball across for O’Connor to head home.

Two became three in double quick time – and it’s not a goal Athlone will want to see a re-run of.

Goalkeeper Mick Fogarty attempted to find right-back Cormac Rafferty, but the defender had his back turned and Place – making his first start – nipped in to seize the moment. Place still had to beat Fogarty, but his finish was excellent, clipped beyond the ‘keeper in fine fashion.

Ten minutes from the end, McGinley – who replaced McCourt early in the second half – stepped up with his first senior goal for the club.

Ciaran O’Connor fed McGinley on the edge of the box and the Strabane man was the picture of cool as he side-stepped and slipped the ball into the bottom corner to put the cherry atop another good night at the office for the youngster. 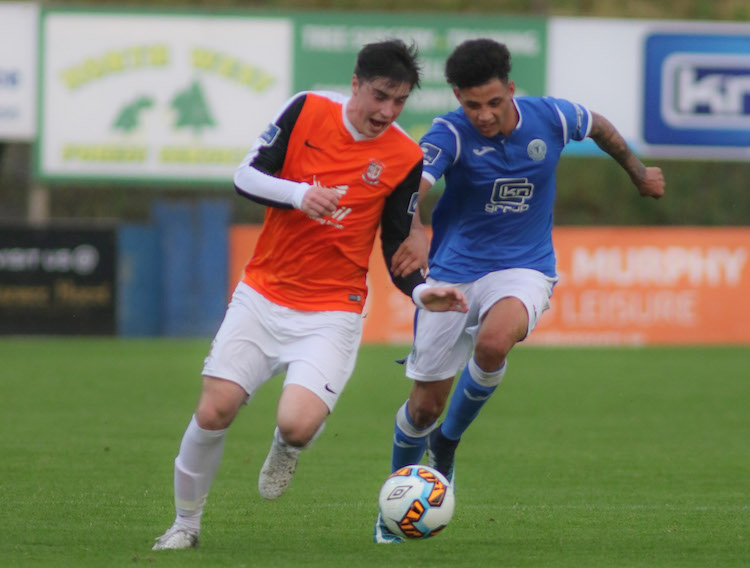 Mikey Place in action for Finn Harps against Athlone Town

In between times, veteran John O’Flynn ought to have added to the tally but rolled wide from a good position, while O’Flynn headed narrowly wide late in the night form a Tommy McBride free-kick.

Harps welcomed Mark Coyle and McBride back from suspension and both were restored to the starting XI, at the expense of Mark Hanlon and McGinley, while there was a first start for new signing Mikey Place.

Formerly of Derry City and Sligo Rovers, Place was a surprise inclusion in the squad for last week’s draw with Wexford and was elevated here with Michael O’Connor relegated to the substitutes’ bench.

Place tried his luck in the 20th minute, but riffled wide after a brilliant Harps move was halted by a well-timed challenge on Coyle by Ger Smyth.

Coyle was heavily involved in the opening exchanges, while there were a few pieces of genius again from McCourt.

The ex-Celtic star played a neat free kick with captain Coll down the right flank after quarter-of-an-hour, but Coll’s driven shot cannoning up off an Athlone body.

A delicious McCourt pass from another free, 20 yards out – with the majority of the attendance waiting for a shot – asked the question from Coyle and his deflected effort flew over the crossbar.

Harps had the ball in the net on 42 minutes, but an offside flag cut O’Connor’s celebrations shot as he tapped home after Place and Fogarty collided.

Soon, though, Devers broke the duck and Harps were on their way to a fifth home win in the League this season.