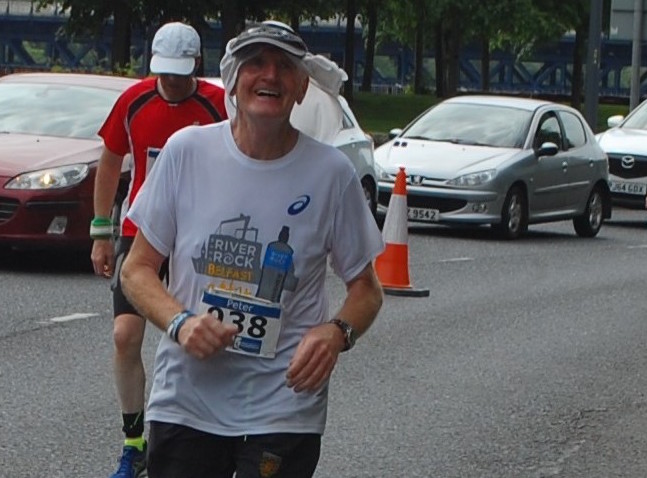 Well-known Letterkenny man Peter McGlynn does marathons the way most people go for a stroll in the park!

The former psychiatric nurse notched up his 181st such long-distance race as he crossed the line in the Derry City Marathon yesterday.

Peter, from Bomany, has been running for decades since getting the running bug.

And although the days of his sub 3.30 marathons may be behind him, Peter is still the calling point for many younger athletes looking for tips to improve their times.

Peter was accompanied for some of the way around the Derry marathon by his equally ‘young at heart’ buddy and former workmate Seamus Temple from Crievesmith. 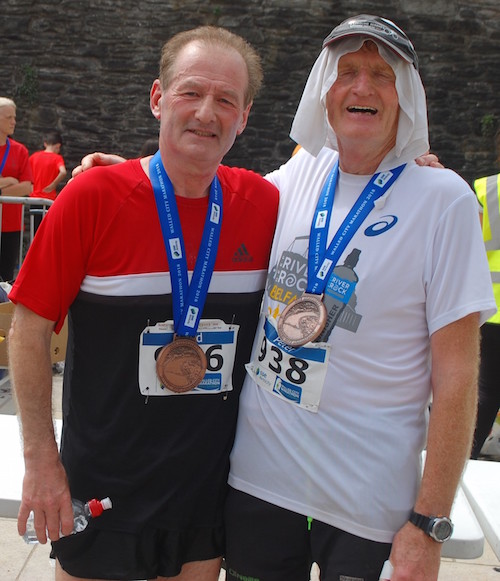 Freddie Stewart with Peter at finish. Pic by Brendan Delap.

Of course behind every good man there is a suffering wife and Bernadette certainly fits that category!

Peter can be seen most days in and around the roads of his native town and out to New Mills and beyond.

We wish Peter well as he continues on the road to who knows where! 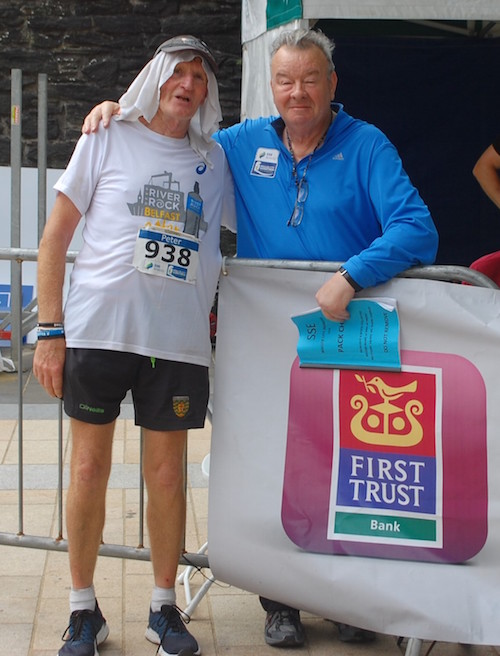 Peter Mc Glynn with Charlie Large at the finish