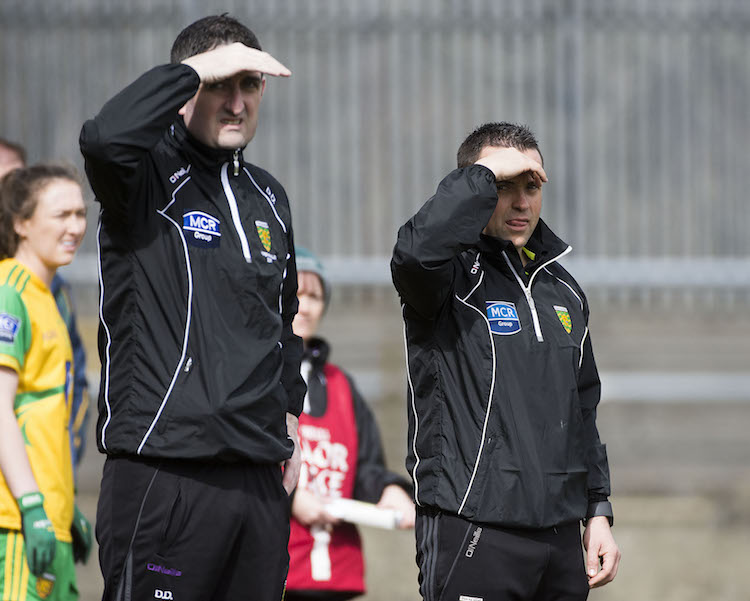 Curran, who is managing Donegal this year alongside Damian Devaney, is back for another stint with the reigns and has had a decent start.

Donegal finished fourth in Division 1, but missed out on a semi-final place due to what the Downings clubman described as a ‘peculiar’ scenario where Galway advanced because they had more scores.

“The League semi-finals and final take five weeks to run off so you’re better off out of that,” Curran said.

“You get training and get a chance to clear injuries up. The League was good to us and we got a lot out of it. We didn’t have any interest in qualifying, but the way we missed out was peculiar.”

Curran said: “The ladies game has changed massively since I was last here. It’s a totally different game to the men’s. It’s got very physical and the level of fitness for referees has gone from 11 to 16. Teams are prepared really well and there’s a lot of effort going in.

“I’ve had to learn fast and it’s been good from that perspective.”